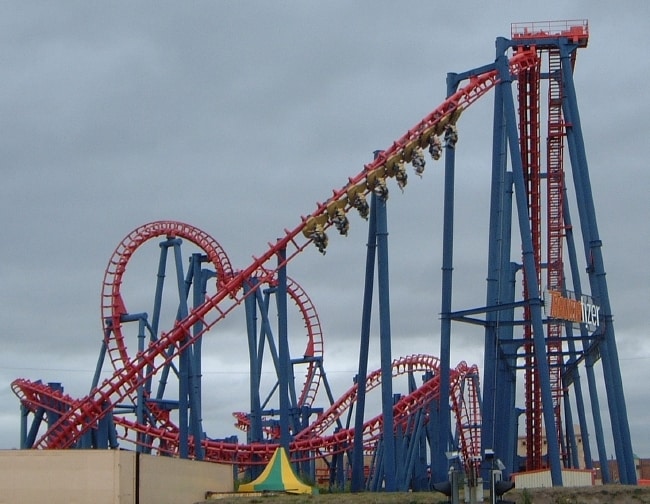 Traumatizer a Vekoma suspended looping coaster was introduced to Southport Pleasureland for the summer of 1999 at a cost of £5 million pounds. The track measures 2,200ft and has a height of 109ft with a total of 5 inversions.
Sadly on the 5th September 2006 the park closed it gates for the last time and the ride has since been dismantled and moved to Blackpool pleasure beach ready for the 2007 season. The ride will be completely re-themed and renamed to Infusion.

Here I take a look back at the rides final year and the subsequent dismantling and transportation to Blackpool. 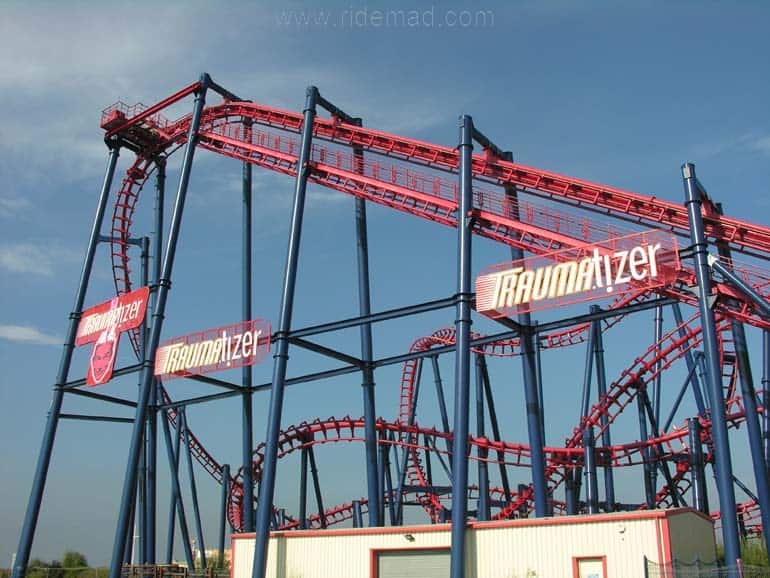 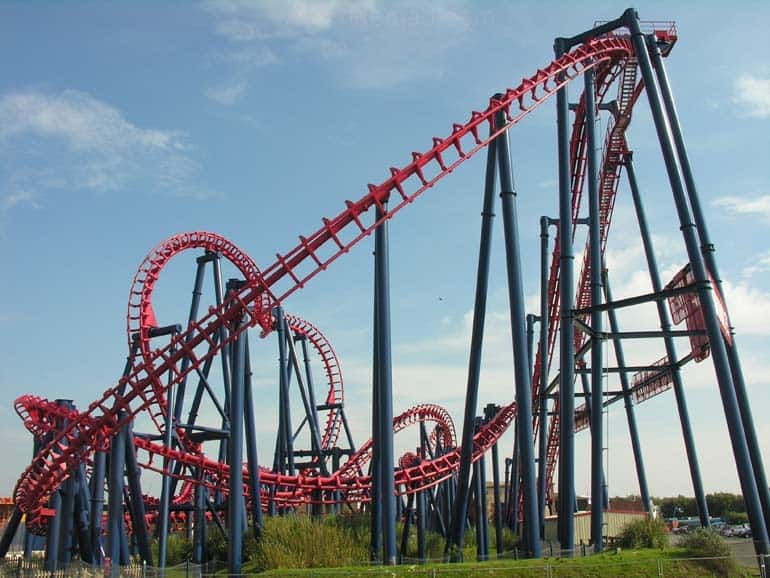 Summer 2006, First drop taken from outside the park. 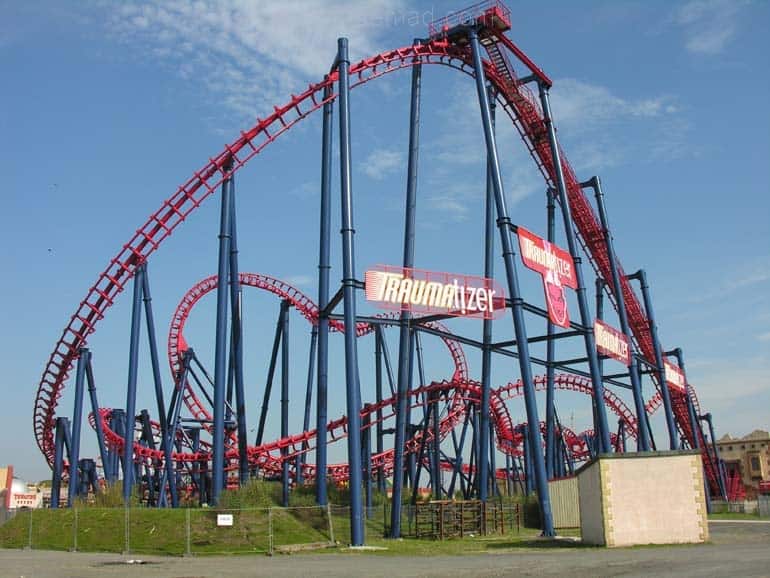 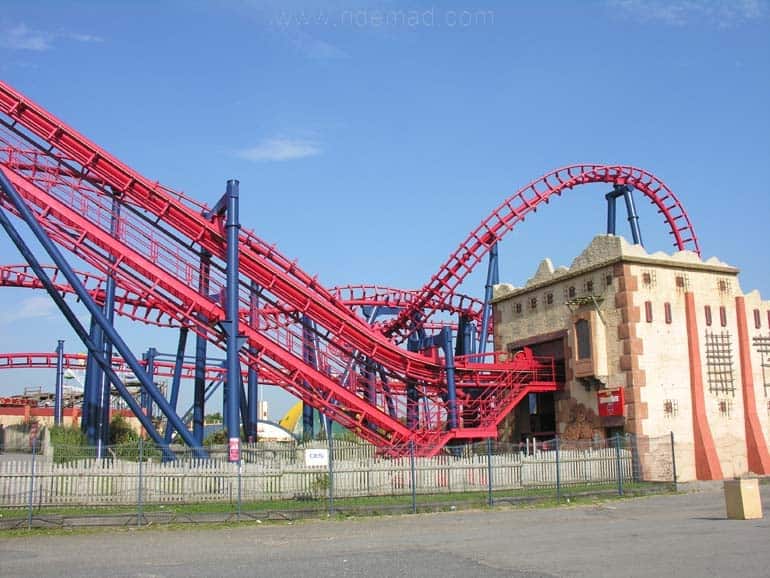 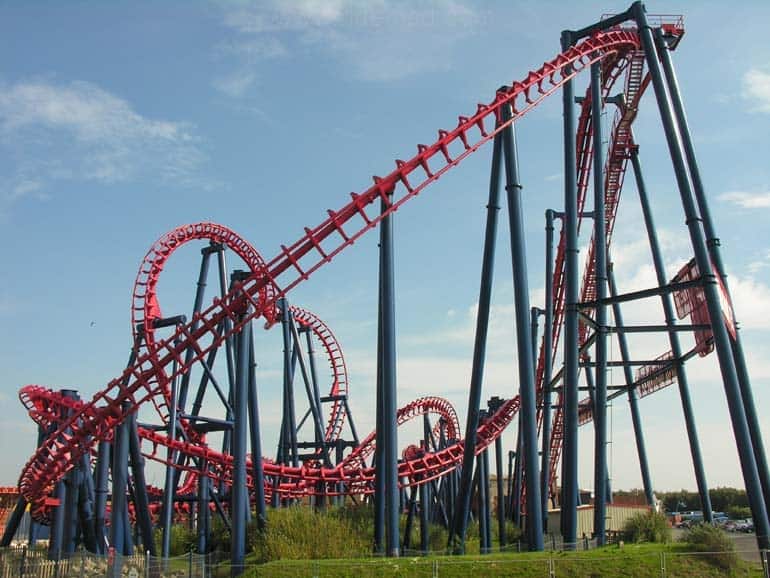 October 2006, The dismantling of Traumatizer. Photos courtesy of Alan Robson. 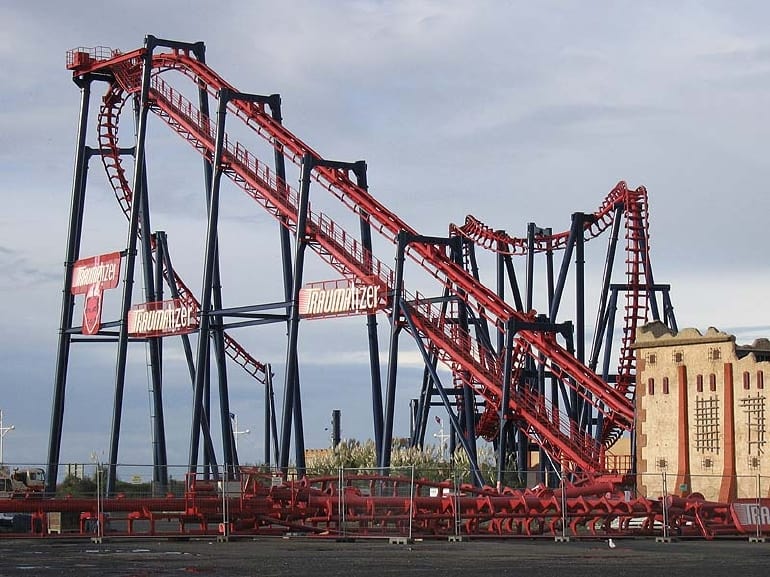 First drop starting to get demolished. 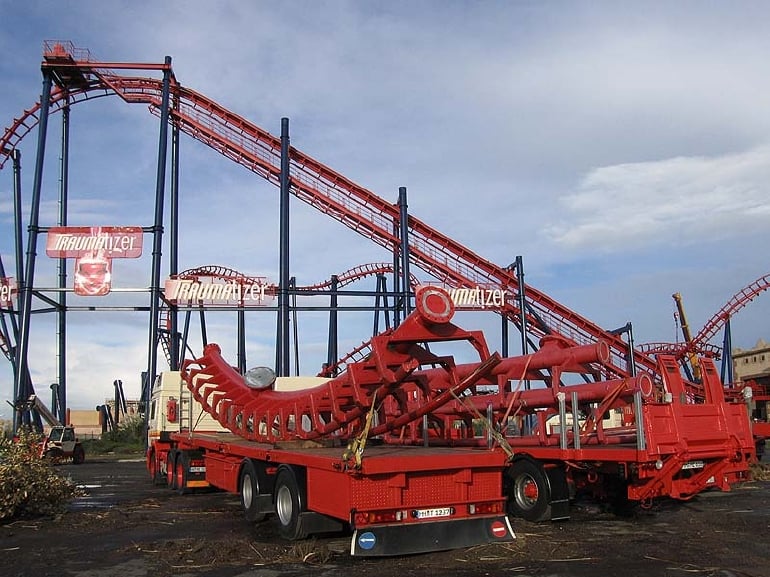 Track components loaded onto trucks ready for painting and departure to Blackpool.

Not much left at this point. 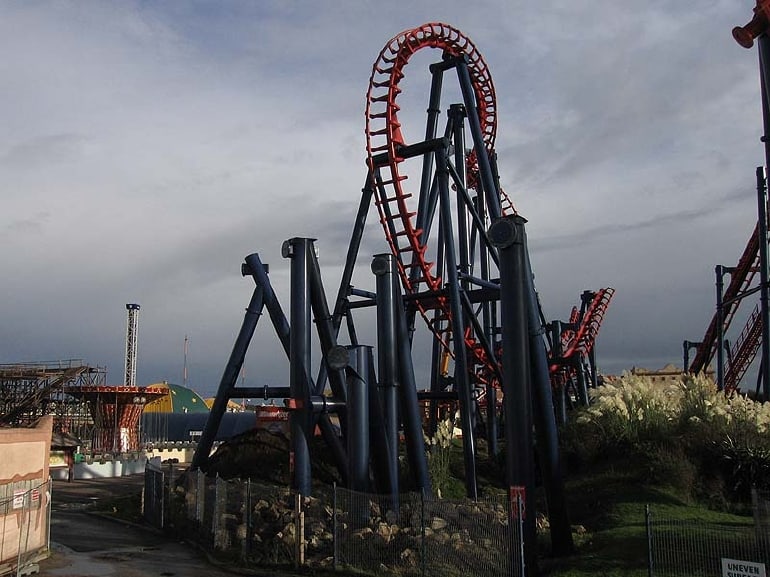 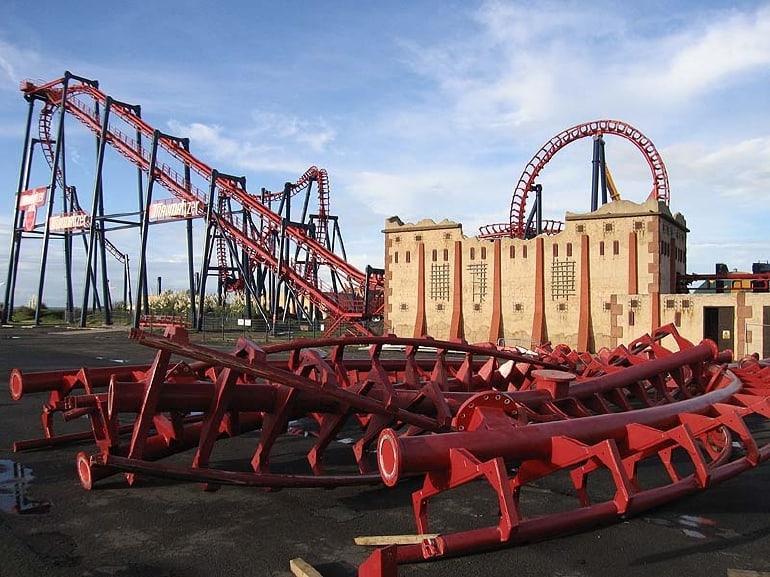 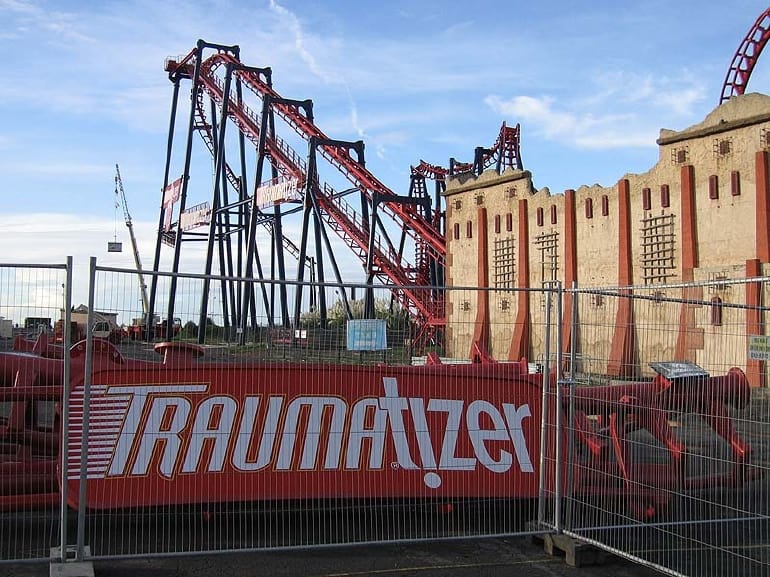 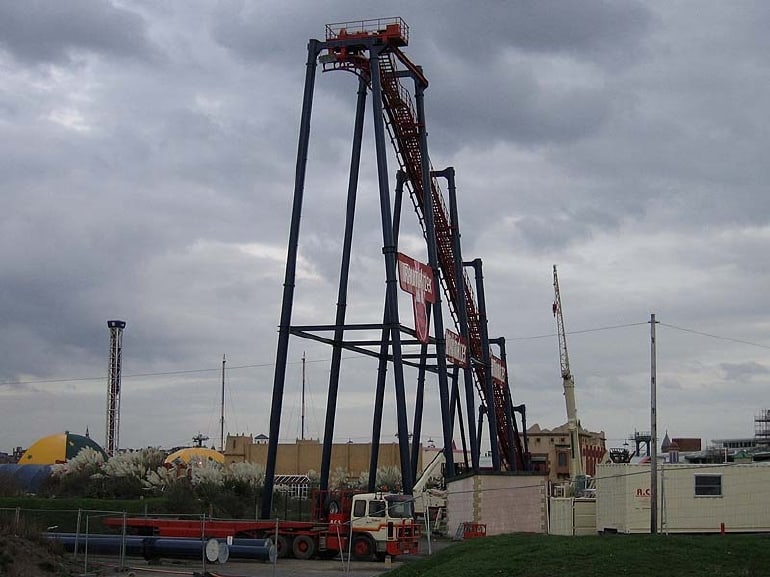 Thanks again to Alan Robson for providing the images of the dismantling, to see more of Southport Pleasureland including some pictures a week taken after the closure see the ridemad.com photo gallery