Requested by a few readers over the last 6 months, Top Thrill Dragster photographs taken during my trip in 2007, its almost a year now since I took the 23hr door to hotel room trip to Cedar Point. Amazing how time flies as you get older.

Top Thrill Dragster was introduced to Cedar Point in 2003. It was made by Intamin and has a height of 420ft, at one point it was the highest coaster in the world, only to be overtaken in 2005 by Kingda Ka at Six flags great adventure, New Jersey at 456ft.

The ride has a top speed of 120mph which is reached in a breathtaking 4 seconds.

For those that requested here’s some of my pictures taken during this trip. I hope you like them.

A couple of the ride entrance. 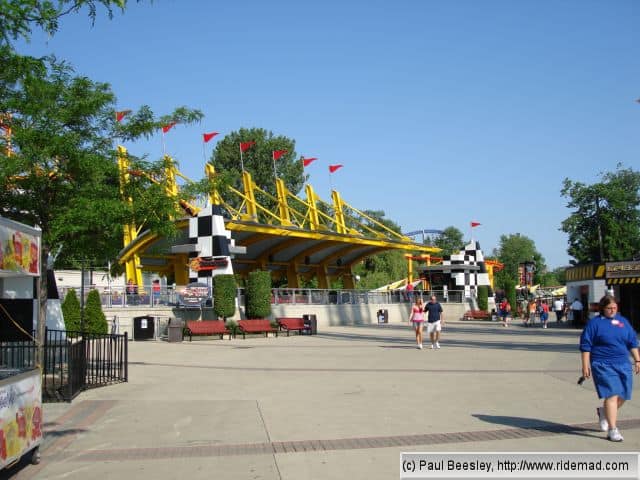 The Queue line, really feeling the heat about a 1 hour wait. 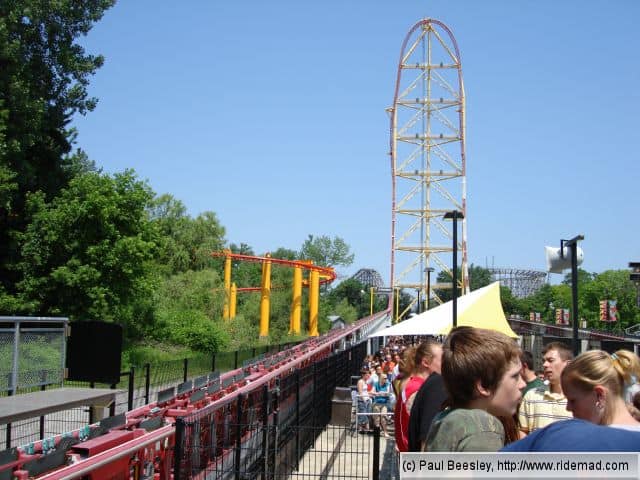 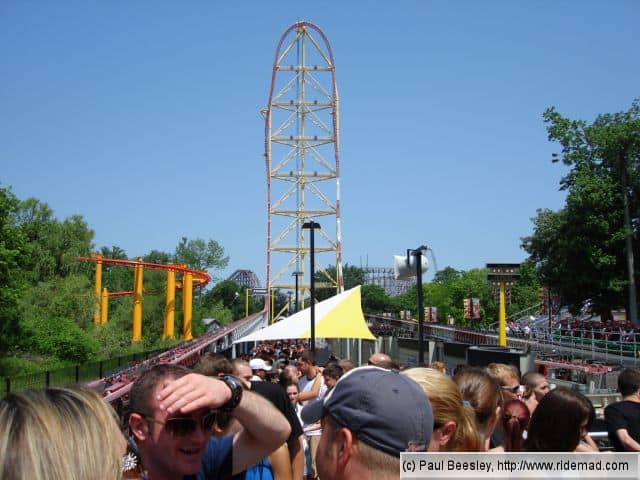 finally inside the entrance.

End of the launch for the hydraulic geeks.

Some general shots of the ride. 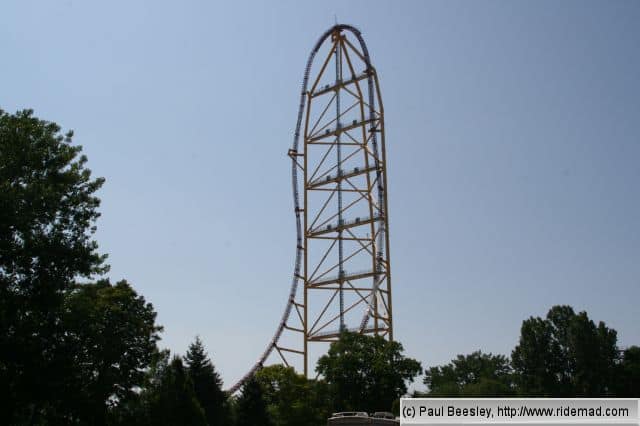 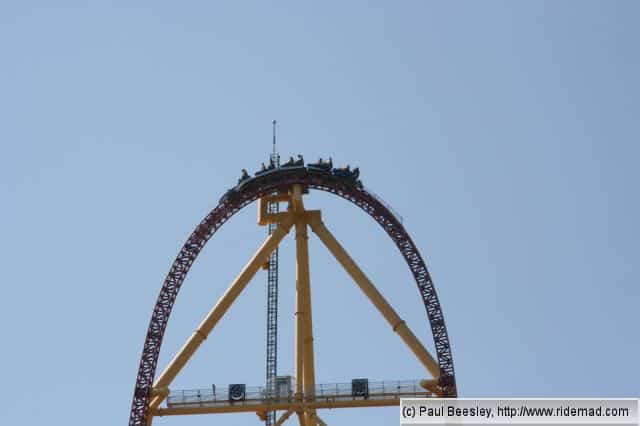 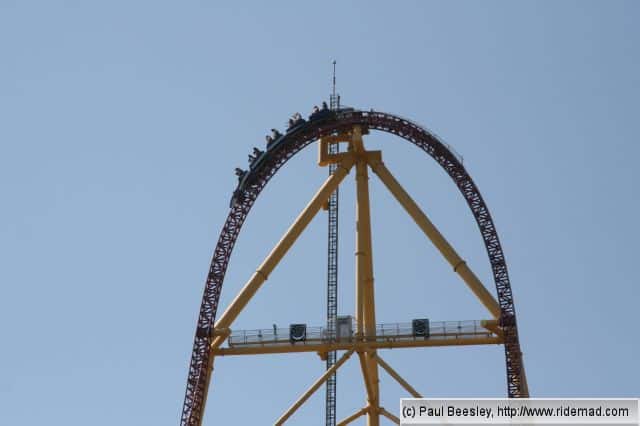 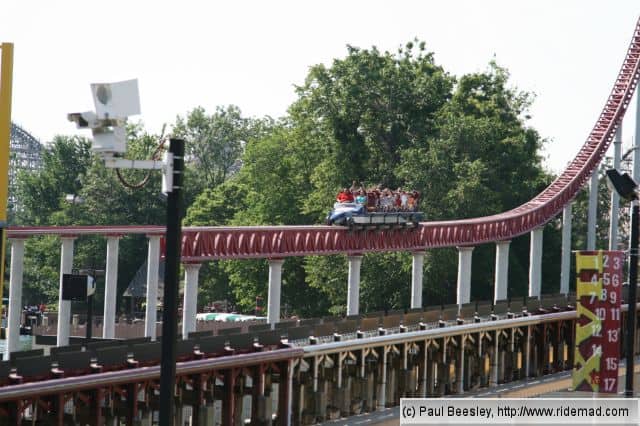 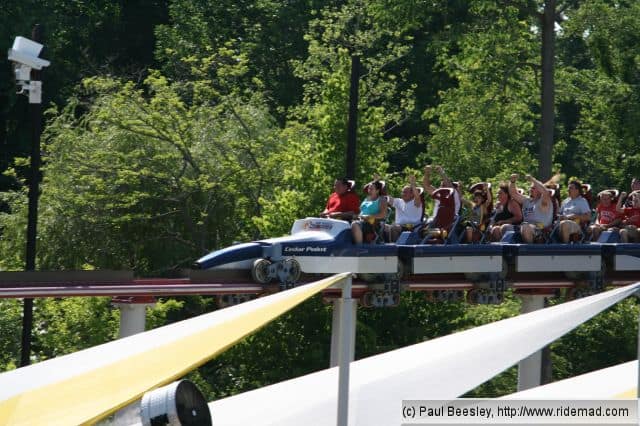 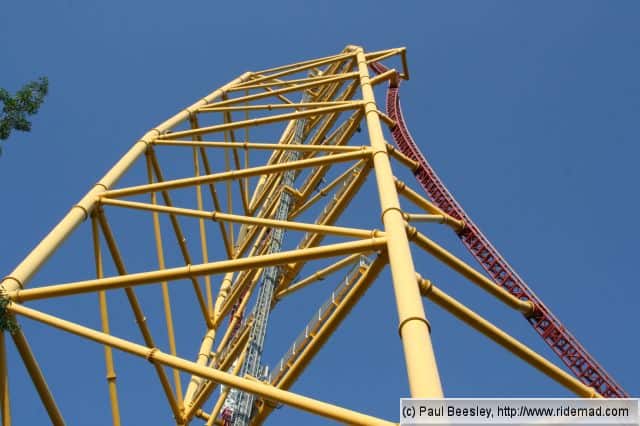 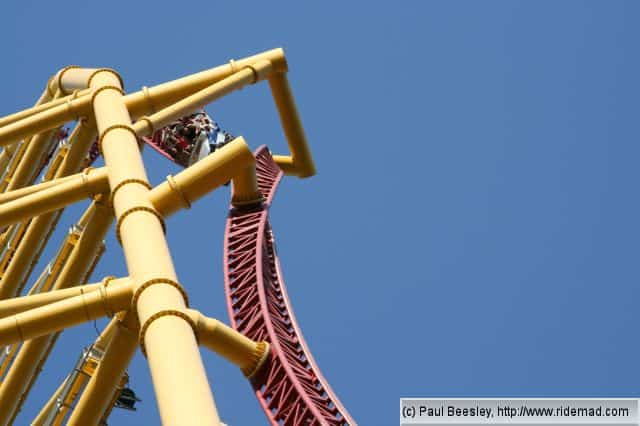 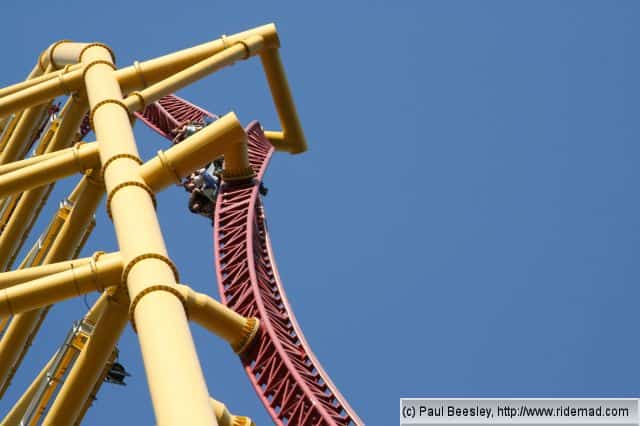 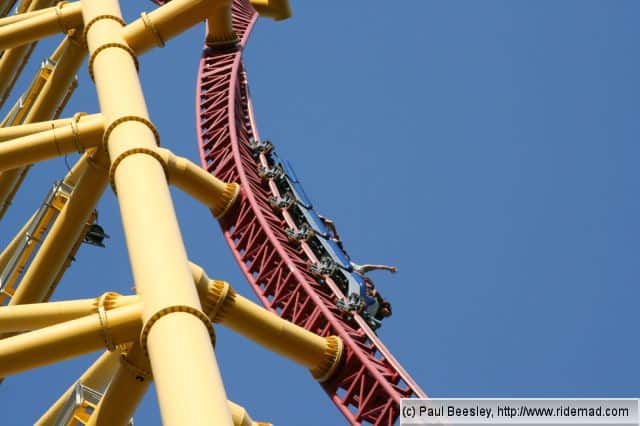 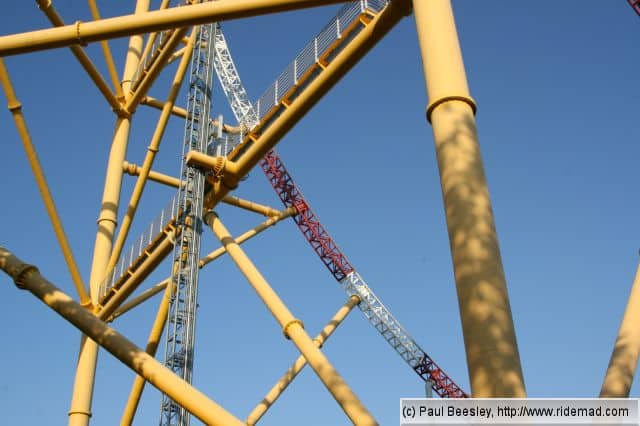 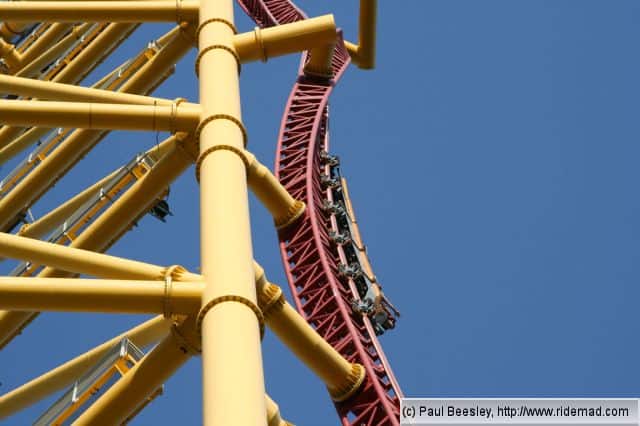 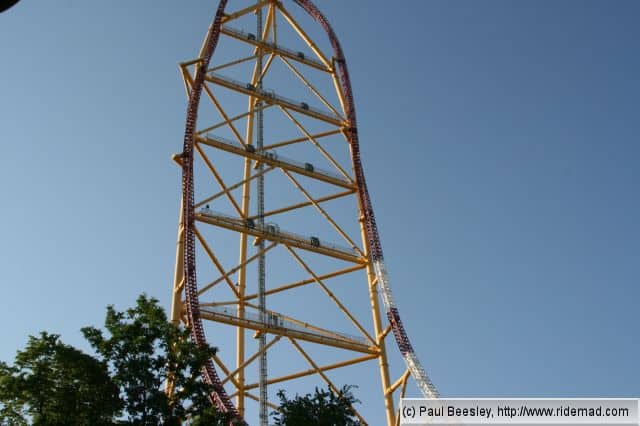 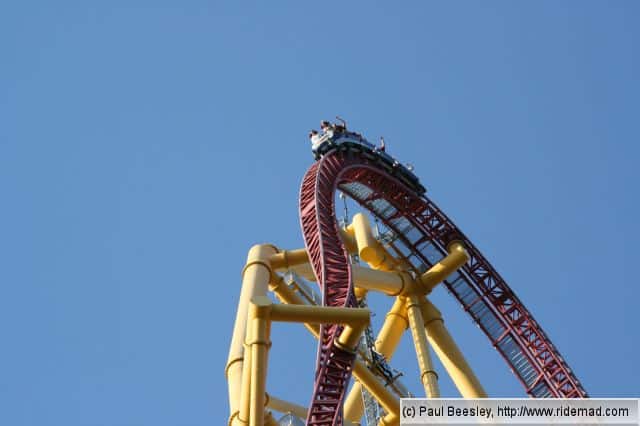 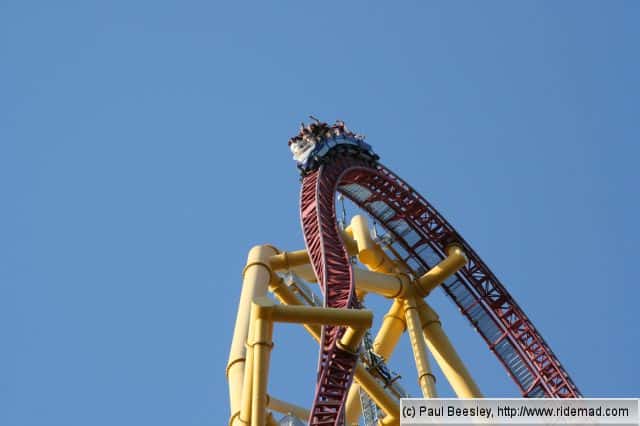 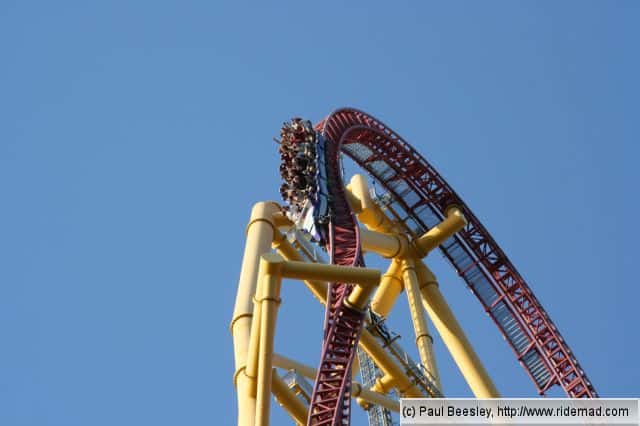 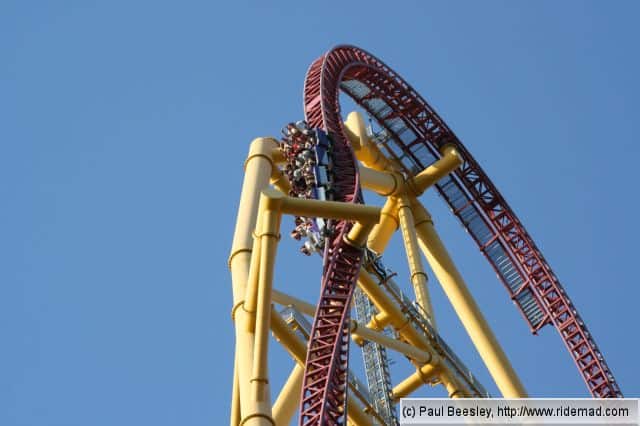 And finally one of my favourite shots took about 8:30pm as the sun was going down.

If you want to use any photographs on this blog please get in touch paul@ridemad.com im quite happy to share and have high resolution copies of everything used.