The Incredible Hulk was a coaster I was really looking forward to riding in Florida, located on the Marvel Super hero island themed area in Islands of adventure the hulk dominates the skyline, it can also be seen from most other areas of this superbly themed theme park.

Built by B&M in 1999 and with a top speed of 67mph the Hulk is still entertaining thousands of visitors daily. 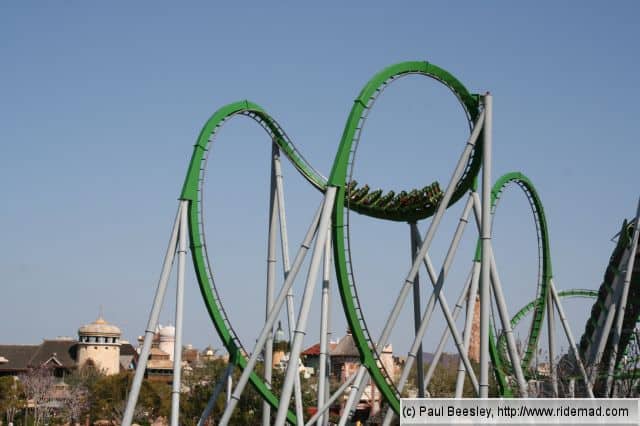 On our visit in February 2008 the park was quite busy so we decided to buy fast pass for all the big attraction to save queuing for most of the day. Our party was 2 adults and 2 children with only 1 adult and 1 child wanting to ride the coasters. The queue lines were showing upwards of 40 minutes for most rides so although costing another 140 dollars the fast pass worked out for us and it saved the good old arguements between the kids about how many rides each of them had.

Like everything at Universal the hulk is brilliantly themed some of it over water and in the evenings Universal take advantage of this and light up the coaster.

For anyone who hasn’t ridden the Hulk its a launched coaster so you don’t have any of the click, click when going up the first hill. The hulk is propelled by tyres up to its max height of 110ft the launch is in a tunnel so you have the feeling of not knowing what is coming next and before you realize it your at the top of the launch hill and daylight is coming fast. One of the great elements of the hulk is at the top of the launch rather unlike a traditional coaster of going down the hulk flips you 360 degrees so your right into the action which continues over the full 3700ft of track.

My daughter who is 11 complained about the ride quality of the hulk and she suffered some quite bad ear bashing to both sides of her head, it was completely opposite for me but i am taller and her ears were right in between the restraints. Its worth bearing this in mind if you havent ridden it before It could put some children off, my daughter is a hardened rider and although she didnt want to ride the hulk again it didnt put her off wanting to try the other coasters. 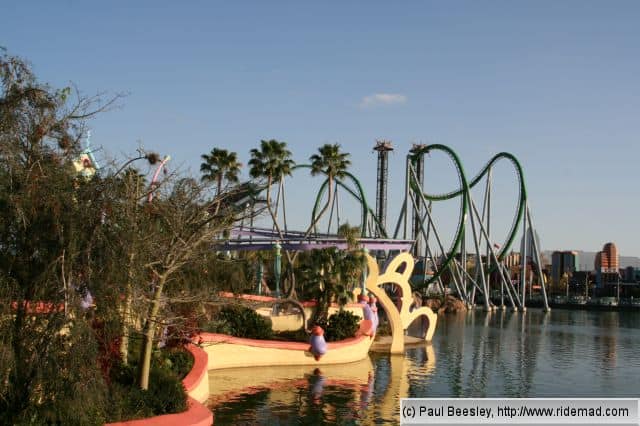 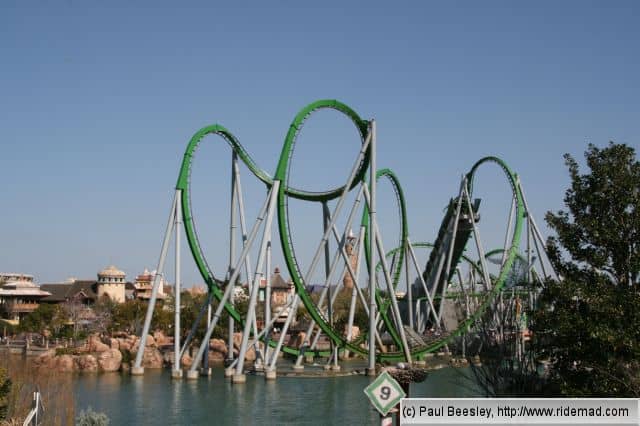 Bottom of the launch hill. 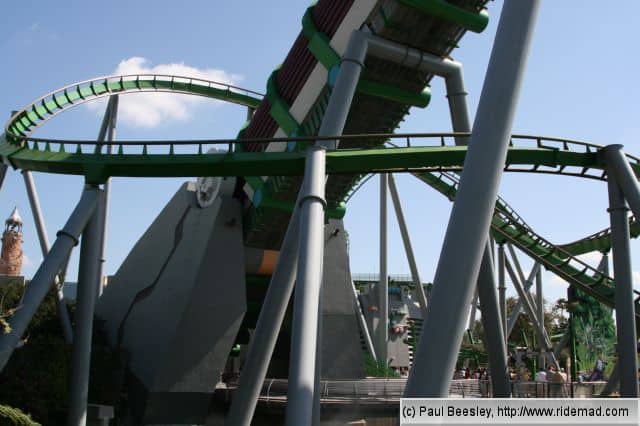 Another shot of the cobra roll. 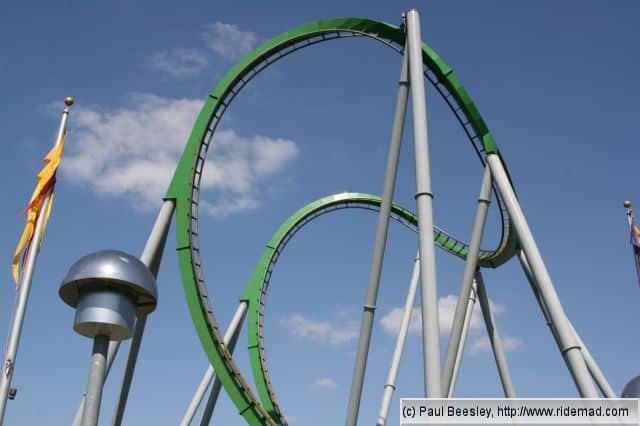 And some general shots and a video. 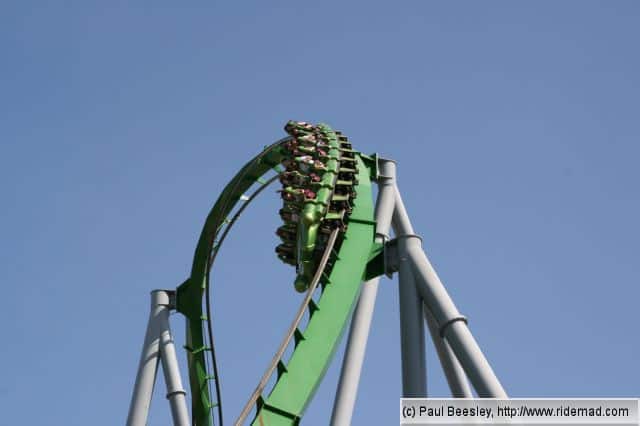 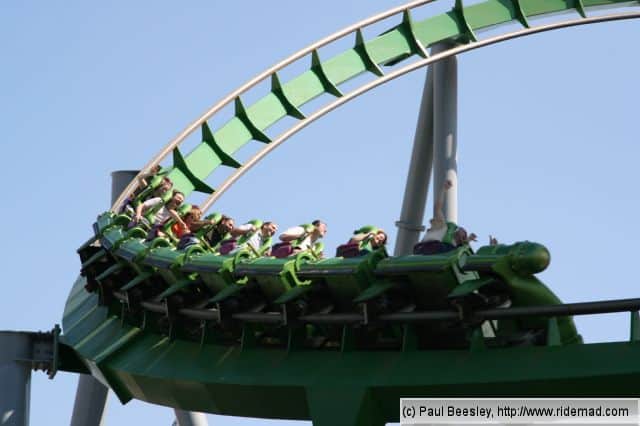 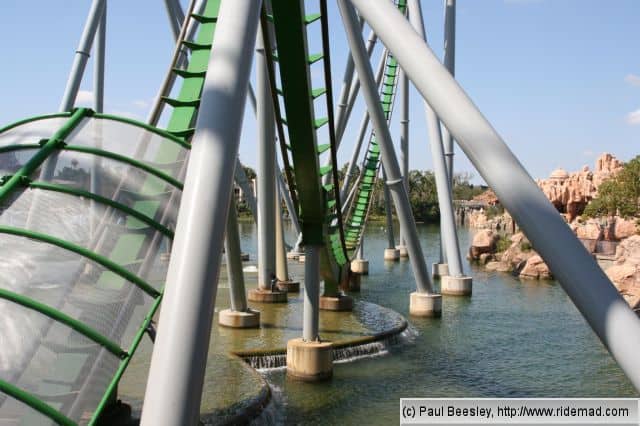 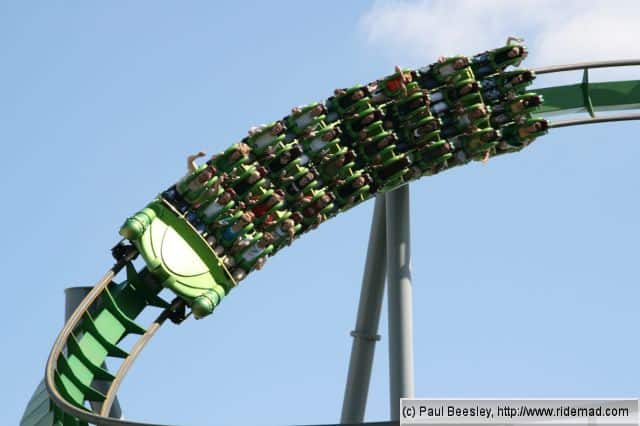 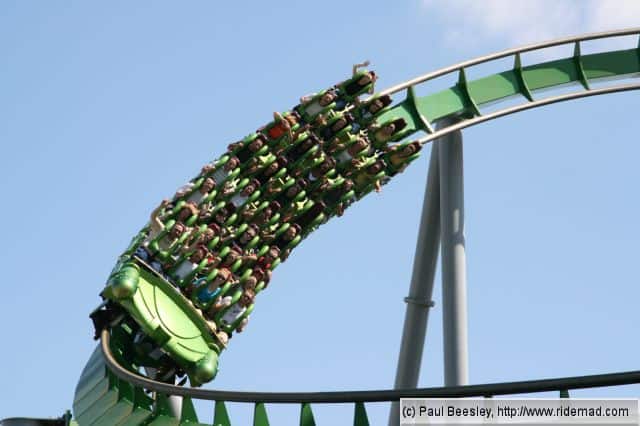 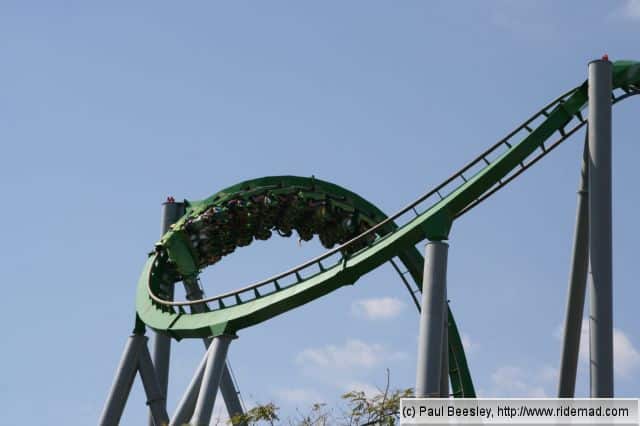 Video i found on youtube. Theres loads of on ride videos but this seem to have the best quality.