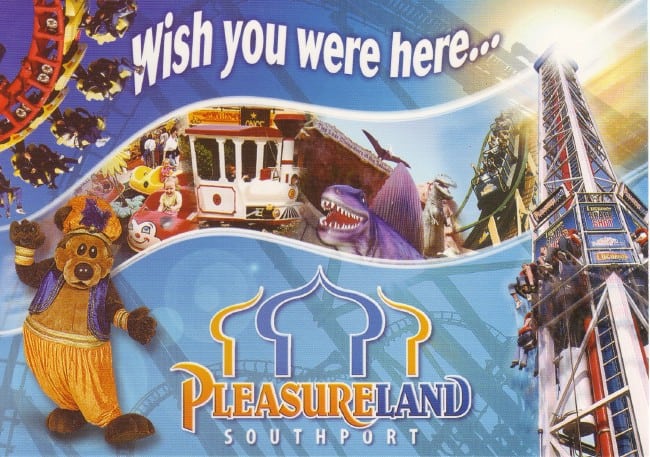 The offical news came through yesterday that the land which was the former Pleasureland site has been handed over to Sefton council for redevelopment. As it was my closest park and probably one I visited most as a child ive decided to dig out some pictures from the last season so anyone that hadnt visited for some time can see the park in full swing.

Before we get to the pictures, lets just have a quick look back at the events since closure.

Ive took quite alot of pictures of pleasureland since the closure, most have been published on other sites and a couple made it to First drop issue 76 the publication of the European Coaster club, some have made their way as far as the states and will be used in a ACE (american coaster enthusiasts) newsletter thats coming up shortly.

If you look back 7 months or so to the 5th September 2006 when the park offically closed the only headlines we have seen since have been bad ones. They started with the protests as soon as the park closed a couple of protestors climbed up the cyclone to protest about the closure, I even took the trip to Southport to take a look, by the time I had arrived the rain had started and they had climbed down, it did make local radio and TV news though.

The same protestors then came back even stronger when it was revealed the cyclone was getting cut up by chainsaws, they tried to play on the fact that the cyclone had a group of protected newts under its structure, sadly nothing came of this and the subsequent attempt at making the structure listed.

Following on from this a couple of urban explorers from 28dayslater.co.uk evaded security on a number of occasions to get pictures from such places as the traumatizer lift hill and the ghost train, I dont agree with breaking into theme parks but the pictures were stunning. If you havent seen them i suggest you take a look.

Traumatizer was moved to Blackpool and will shortly open as infusion, the track has been painted blue and it does look nice in its new position been dwarfed by the giant pepsi max big one, right next to the big dipper.

The Cyclone demolition saddened quite a few enthusiasts me included, the pictures of the track bent, twisted and cut up quickly spread over the internet and finally the ride was flattened by bull dozers and giant nibblers.

Some of the rides have moved on since, chaos up to Lightwater Valley, the galleon to M&D’s in Scotland and the space shot to Loudon Castle.

The fun house closed its doors for the final time last weekend, I was lucky enough to be invited to a party organised by Club Pleasure Beach, the event was fantastic fun with 50 enthusiasts and some staff in attendance. More of this to follow at a later point, i have a load of interior pictures ill publish shortly.

Ok then onto 2006 and the final year of Pleasureland.

who could forget the bent lift hill 😉 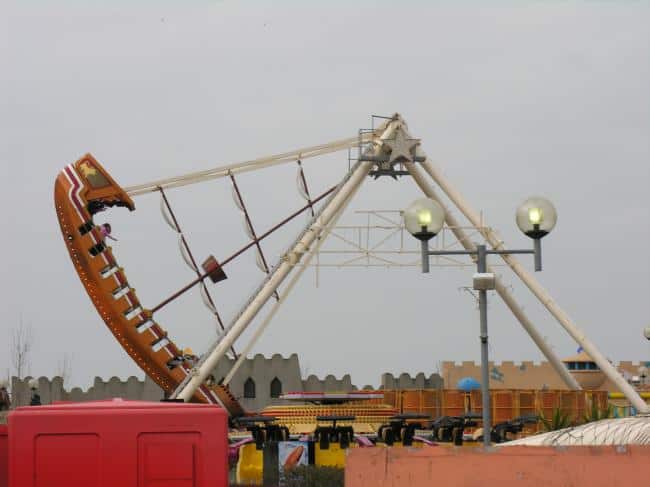 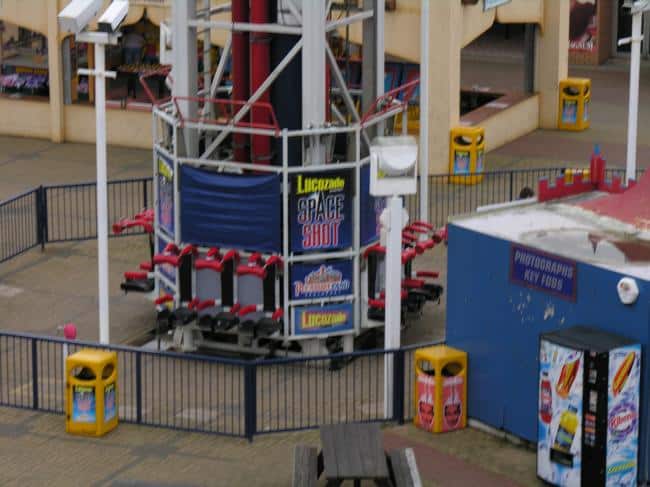 A piece of theming around the kids car ride. 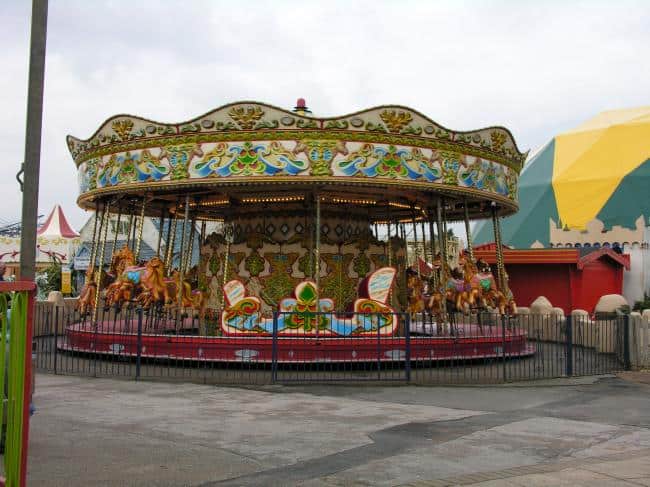 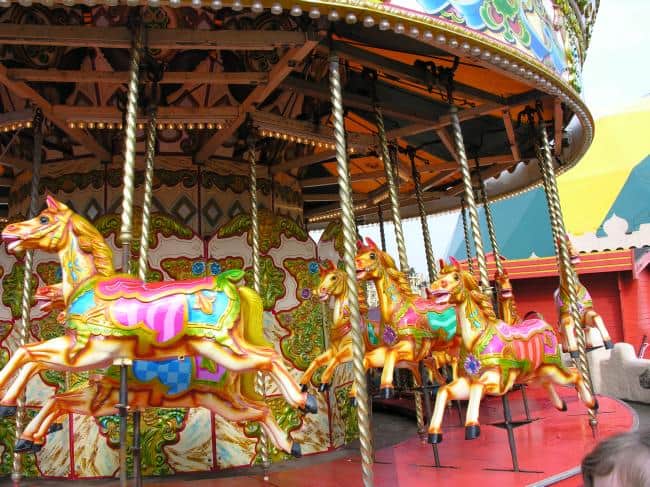 The interior of the caterpillar ride. 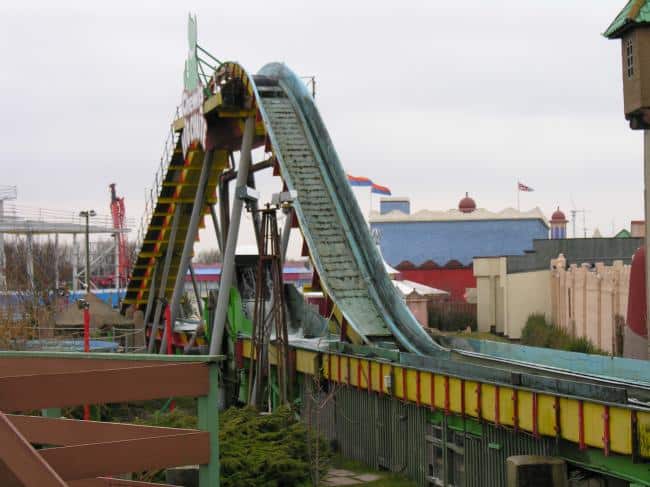 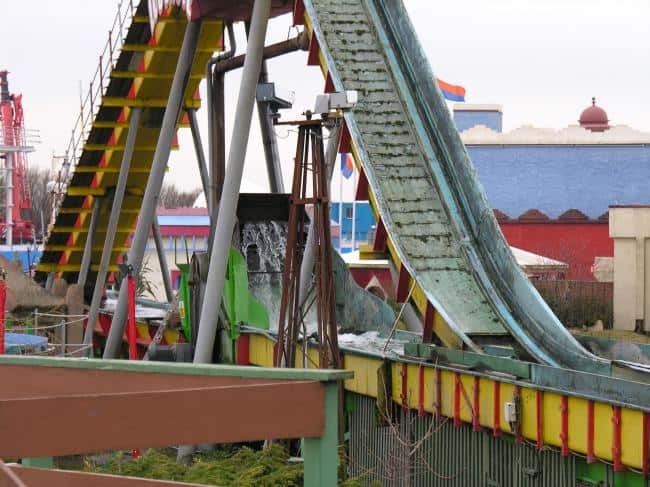 My daughter the only one mad enough on a cold day. 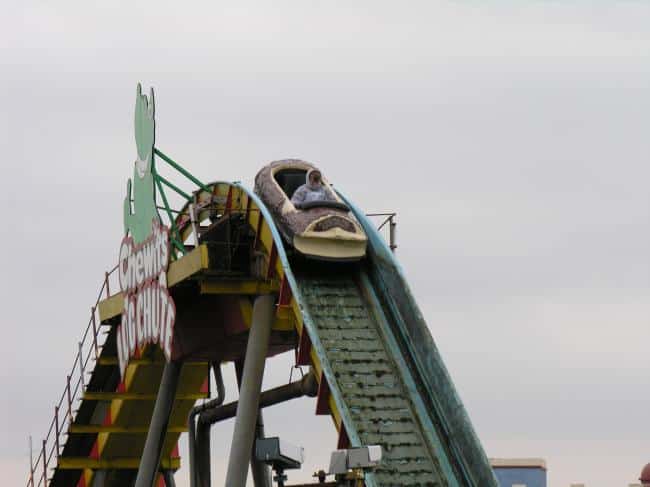 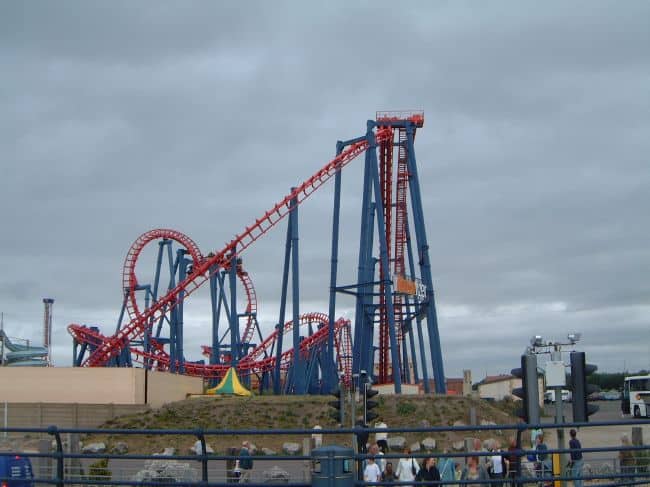 Skyride and views of the park in general. 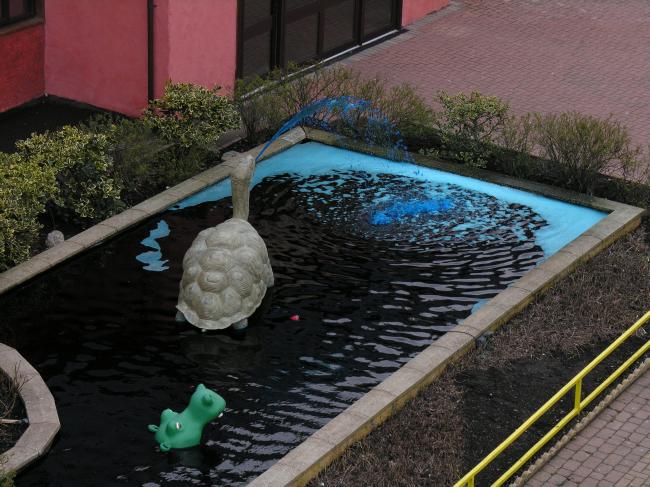 Anyone reading from the NSPCC, she wanted to go on it 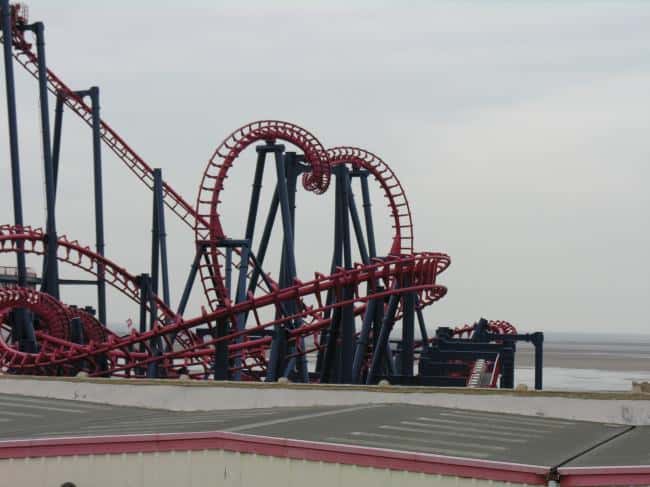 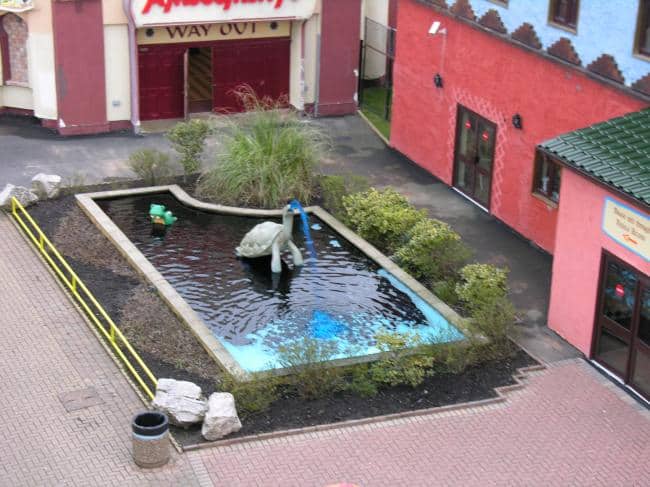 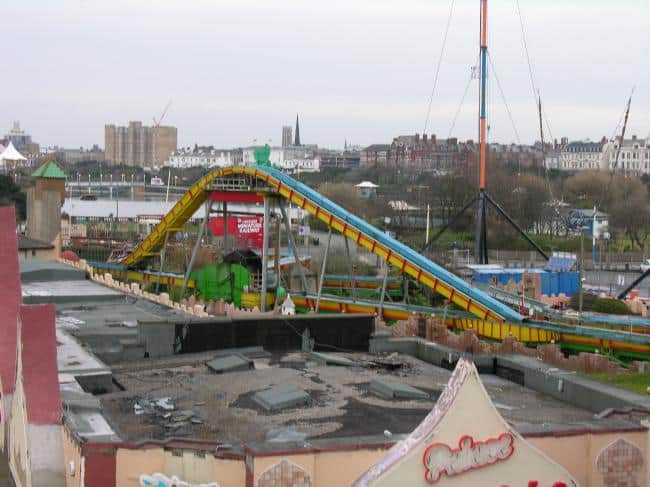 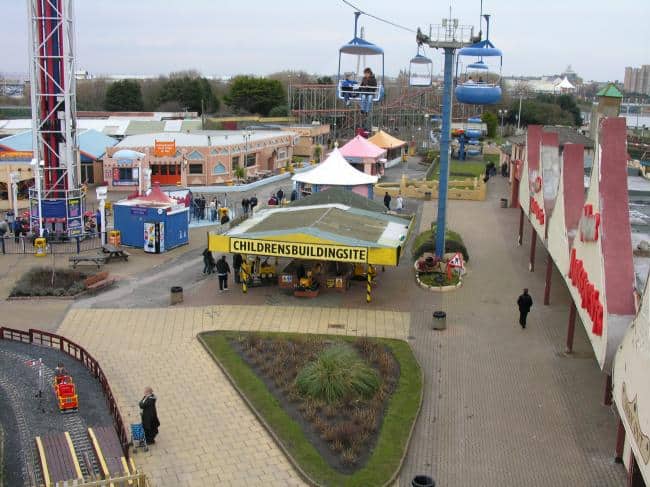 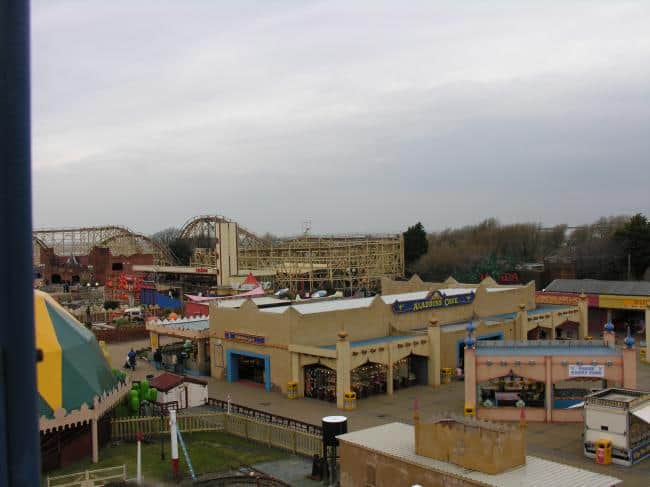 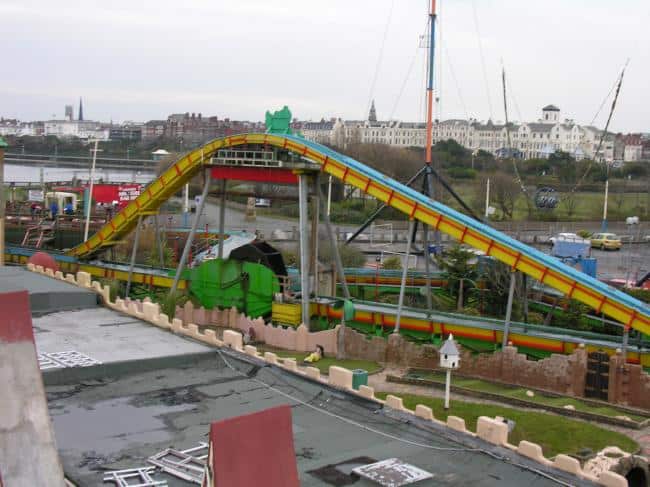 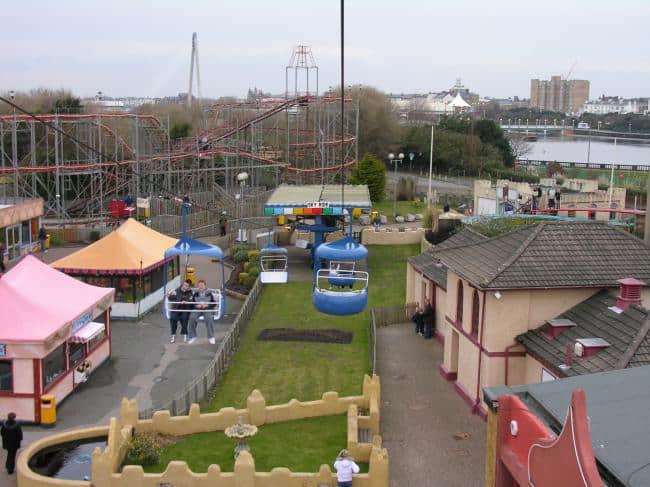 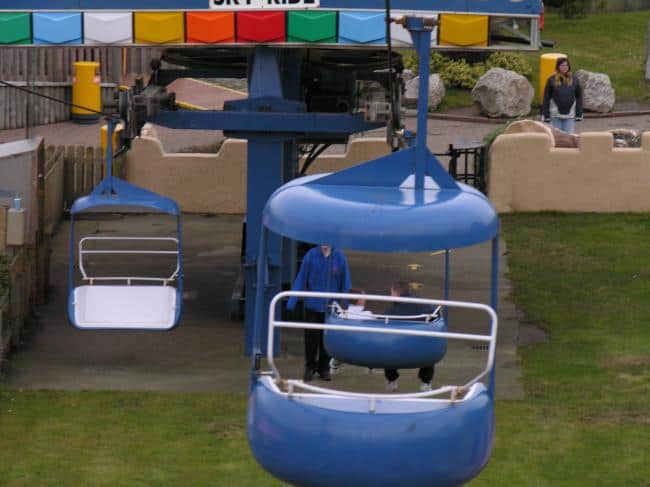 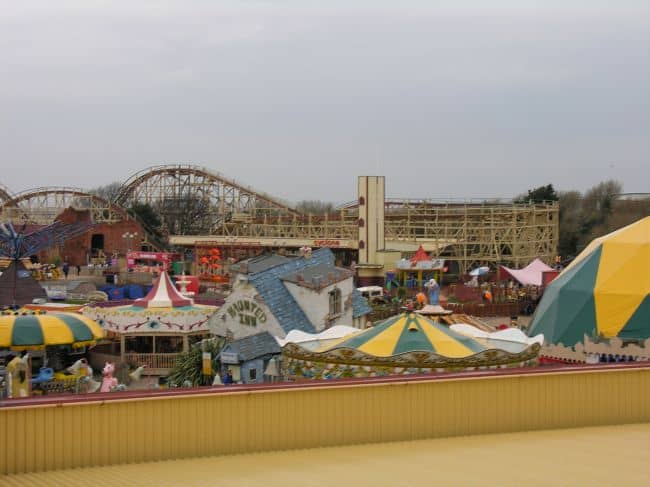 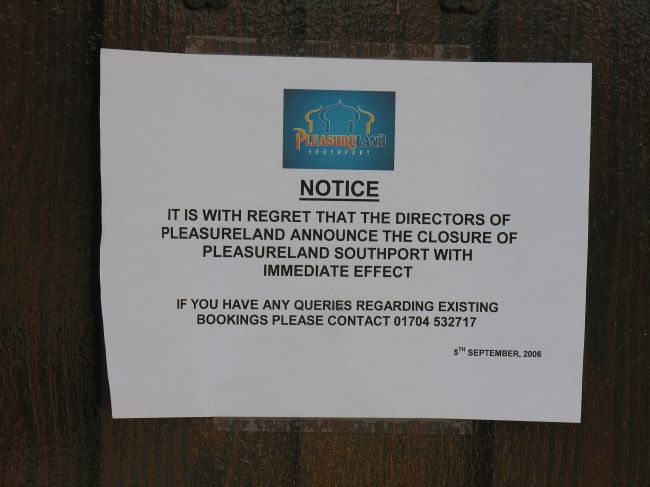 to read more about the history of pleasureland, i strongly recommend reading pleasureland memories by Stephen Copnall.

If you want to use any photographs on this blog please get in touch via email paul@ridemad.com or through the contact form im quite happy to share and have high resolution copies of everything used, to see the complete ride mad gallery with over 4,000 additional park photographs visit the Ridemad Gallery