Ruthin Gaol is a old prison based in North Wales which was built in the seventeenth century and designed by architect Joseph Turner. The Gaol at Ruthin served as a Jail until 1866. The jail was extended after the prison act of 1865 to accommodate 100 prisoners then in 1877 the Gaol’s day to day running was handed over to the home office when it became H.M Prison Ruthin until its closure in 1916.

In 1926 the Gaol was sold to the local council for office and library use until in 2002 it undertook extensive restoration works in at a cost of two million pounds, after this work the Gaol opened to the public.

It may not sound like an interesting attraction to visit and its hardly advertised anywhere (hardly anyone I spoke to had heard of it).  I was fortunate to be told about the prison by someone who lives locally.

It does provide a fascinating insight into prison life. Been able to see the way prisoners lived, took a bath, what food they ate really does make you grateful you weren’t a criminal back in the day of Ruthin Gaol.

A visit to Ruthin Gaol isnt going to take a full day but its an ideal place to spend a couple of hours, the staff are all very friendly and will go out of there way to help you understand items and they also have some art supplies to give the kids something to do.

Audio commentary is provided in a number of languages but n an attraction of this scale its not really required as most rooms have sufficient information in them and those that don’t are self explanatory.

Lets have a look at something close to my heart food.

Ruthin Gaol used a classification rule for prisoners to decide on what they got to eat. Meals were divided up into Breakfast, dinner and supper and mainly consisted of porridge as shown on the menu below. 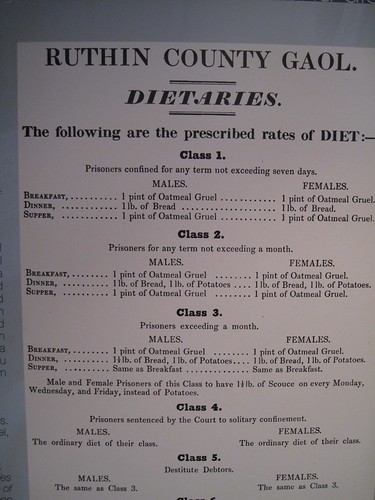 Class 2 prisoners – any detained for over a week and less than a month got 1 pint of oats for breakfast, 1lb bread for dinner and some potatoes and more oats for supper.

And so on as the menu describes. Must have been an easy job for the chef.

In front of the chef on the left is a rolling pin full of wheels to roll out the oats, together with a mixing bowl and the jug of water for the oats.

The Oven, Not much going on considering they are only cooking oats and bread. 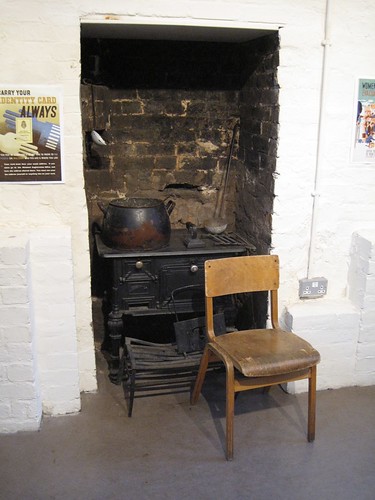 Sparse but after looking at the menu you can see why. There was no mention of what the prison guards ate.

Before going into the main holding areas there’s a number of period posters. 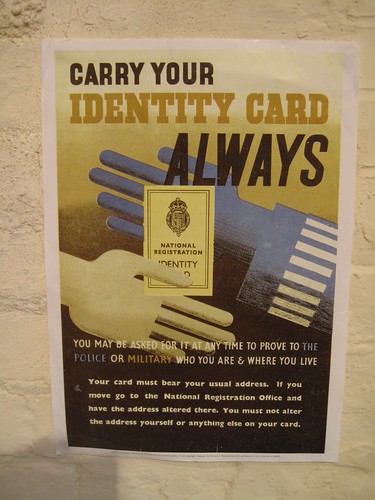 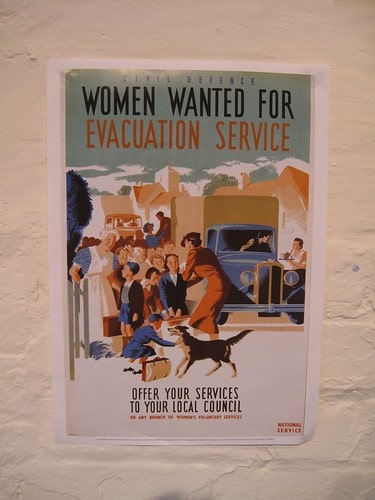 Walking in to work room area above, and below on the right hand side a coffin reproduced by a local funeral director with the name John Jones. More about John later. 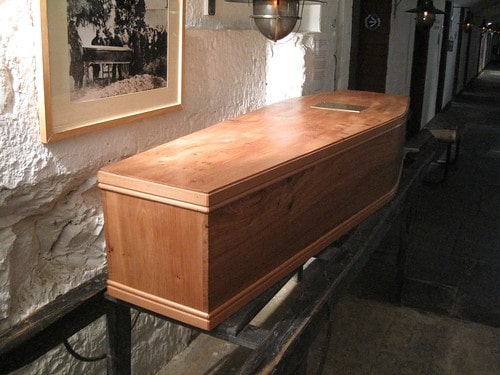 One of two shared baths, the text in the room mentions 40 people will share one of these baths and by the 15th person the water had become cold and mucky, by the sounds of it the Victorians were caring about global warming long before we thought about it.

What looks like a towel on the back wall is a sack cloth, this was used to dry yourself.

The staff inserted this into one of the tubs.

Each cell could house up to 3 people, but only enough bedding for two. 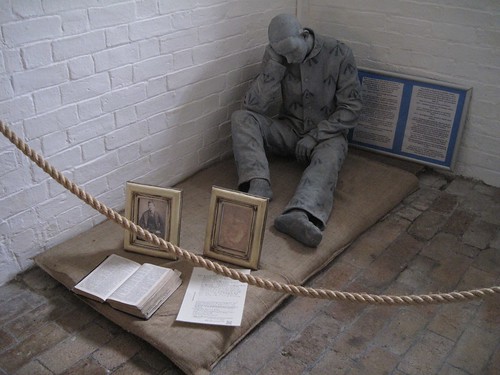 And the same shot from a wider angle showing the width of the cell.

Not much room is there. 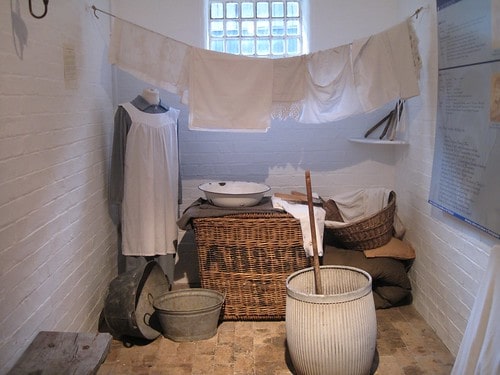 At the back in the steel bowl is some lifebouy soap, anyone remember this as a kid.

You can smell it as soon as you enter the room. 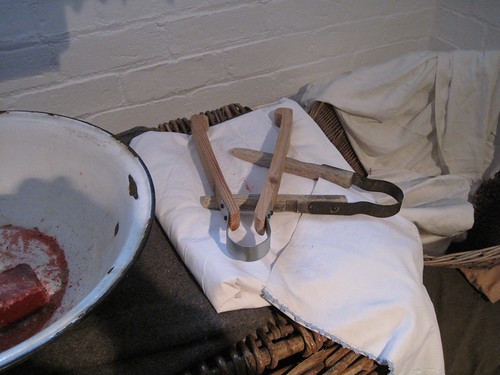 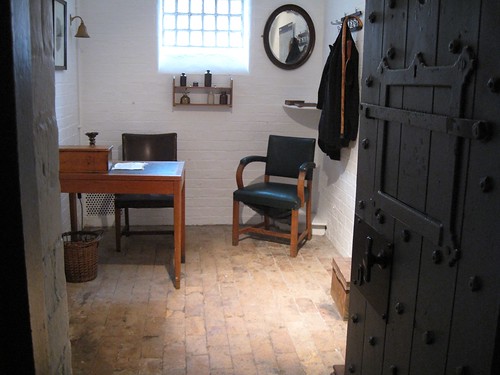 Scattered around in various display cabinets are some restraints and handcuffs/whips from the period. 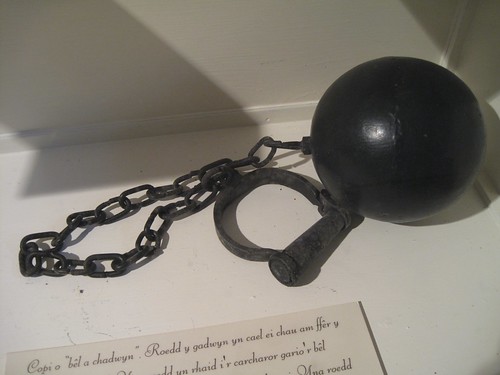 Unfortunately non of the above are for sale in the gift shop. 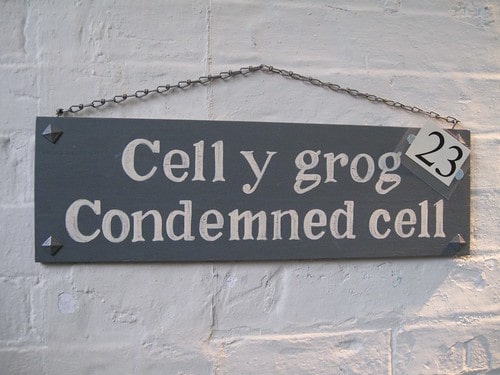 A prisoner having his last rights. 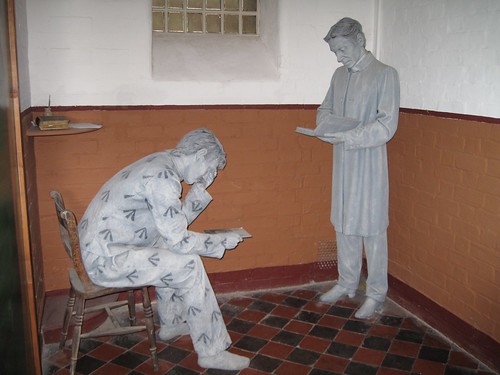 during the war the prison was used to create ammunition for the troops.

The Photo room and seat.

The seat below was used to take photographs of the prisoners, you can notice a ridge in the bottom of the seat and the seat also leans forward slightly, this was to ensure the prisoner was seated in the correct position for the photograph. Yep you guessed that’s what the ridge is for 😉 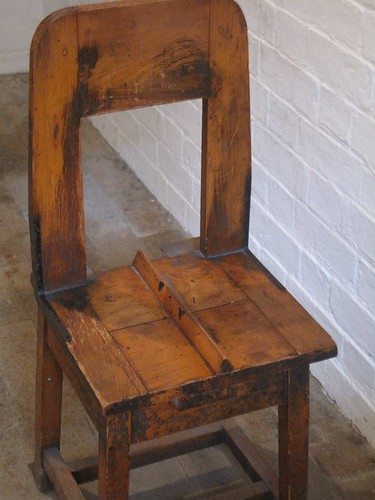 I’m not sure if they made uniforms in this room or not. 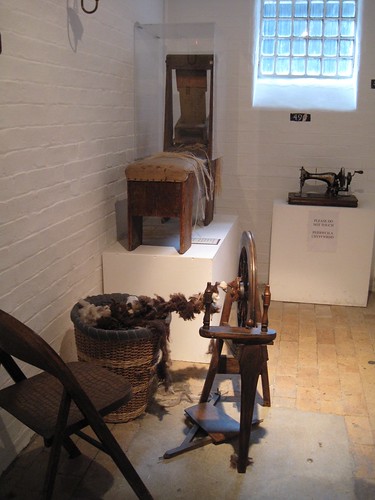 The dark cell was used like a modern day solitary confinement cell. Its obvious from the description but you go into the room and there’s literally no light available as all the windows and painted black. As a visitor you can experience this by the use of a dimmer switch just on the inside of the cell. It really is dark especially when you close the door. It was said people can often go mad in cells like this and I am not surprised having experienced it for only 30 seconds.

Doesn’t look very punishing but the box in the center of the room has a handle on it that the prisoners had to turn for hours at a time, the guards could monitor the number of turns and increase the strength needed to turn to make it worse for the prisoners.

Most of this area is now used as record storage,

A model showing how the prison looked. 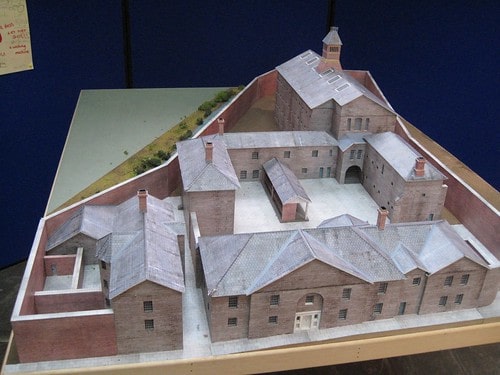 John Jones, Loch Bach y Bala. Was a bit of a celebrity in prison terms around the time, a reproduction of his coffin is at the Gaol.

Here some text to back up John’s title as the Welsh Houdini.

“IF ANYONE deserves the title of “the Welsh Houdini,” it’s North Wales’s most notorious jail-breaker and petty criminal, John Jones.

Jones, born near Bala around 1853, spent more of his life in prison than out, yet managed to escape from behind bars on at least five occasions, and tried the feat many more times.

He spent much of his life in Ruthin jail, and by the time of his death had become a local celebrity.

His police file describes him as a kleptomaniac, who was – unsurprisingly perhaps – “extremely anti-police” and who “loved publicity.”

Jones, known locally as Coch Bach y Bala (the little redhead from Bala), came unstuck in 1913, when his latest jailbreak sparked a police hunt which ended with him being shot in the leg.” 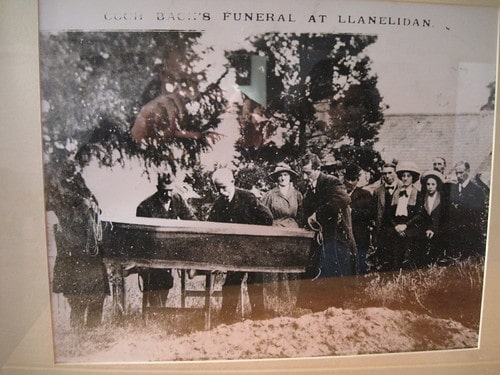 Reported to be the only prisoner ever hanged at Ruthin Gaol, William was charged for murdering his wife.

Beautiful clock with the stamp H.M. Prison Ruthin on the face. 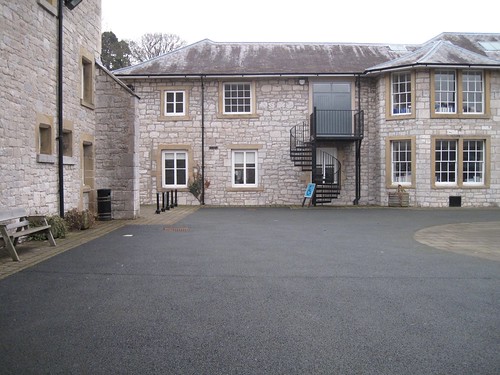 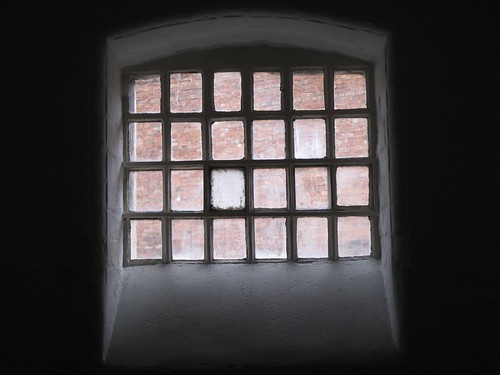 I would strongly recommend anyone in the area to visit Ruthin Gaol its a fascinating place to see that also has something for the children, Prices are cheap compared to other attractions with a family ticket (2+2) for only £10.

If you would like to use any photographs in this post then please get in touch paul@ridemad.com where I will be only to happy to share. Please don’t just steal them and use them elsewhere.