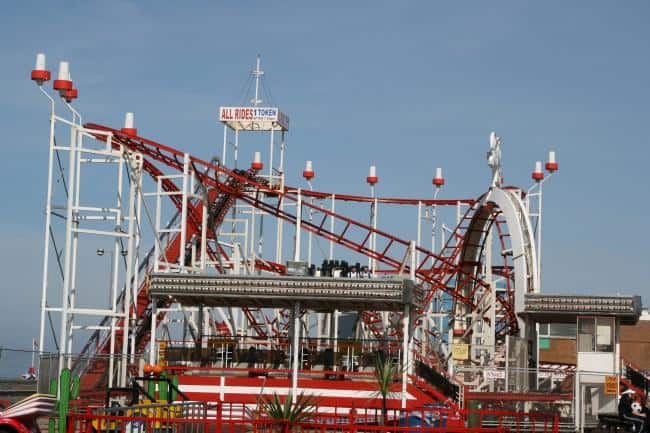 Rhyl Ocean beach fun fair has been rumoured to close for the last few years and everytime we think the fair is going to be flattened it bounces back for another season. Last season was no different the fair was a bit of a mess and the majority of rides outdated. To back this up news articles around the time were claiming the fun fair is no longer viable and the Ocean beach fun fair isnt part of the towns redevelopment plans.

Low and behold I write an article on my memories of the fun fair and they announce its open for the 2007 season. Typical

Ok so have things changed much in 2007 ?. For me my last visit in 2006 after the park closed for the season was surely the nail in the coffin for this fair, looking at the state of the fair and surrounding area you would have thought there is no way the fair will open again EVER.

But miracles do happen and an email from a local resident to the owner of the magic eye
website confirmed they were putting in rides for 2007. Further digging confirmed the park would be open for the easter holidays.

is still up and running, the last time I visited ocean beach during open season the ride had stalled and 3 operators (1 stood in the car and 2 acting as anti rollback devices) were stood on the track trying to push the car round. 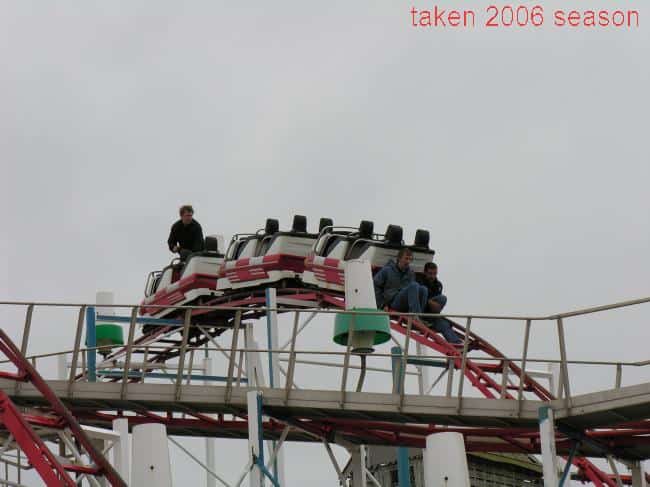 I arrived today to here some clattering of steel and shouting to discover the ride had stalled again. They were working on this for most of the day, they seem to have lots of trouble with it. 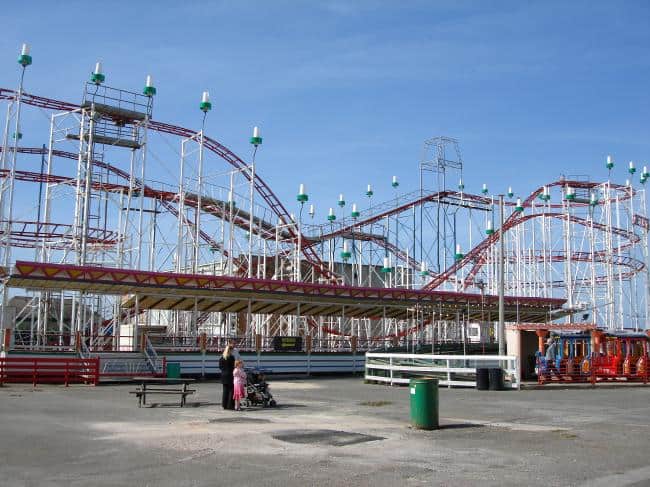 As we were leaving it seemed to be going round on its own, I dont know if it was the ops or the paying public but people were riding it. 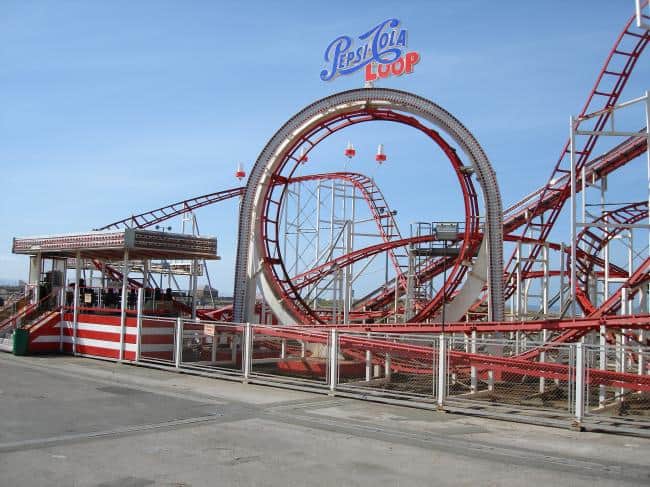 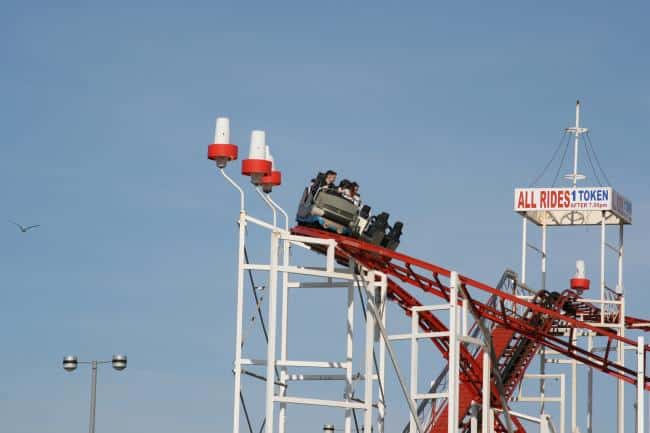 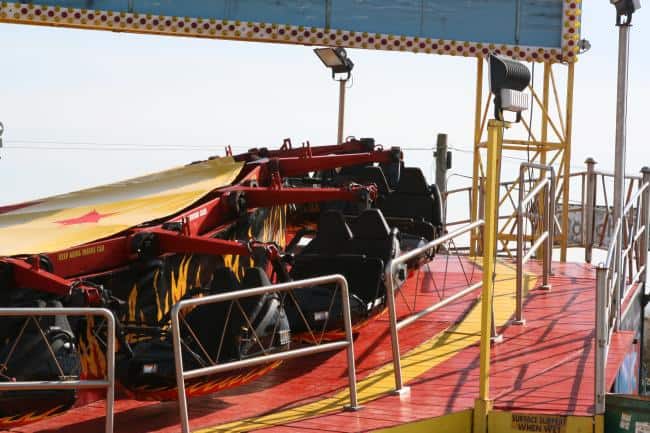 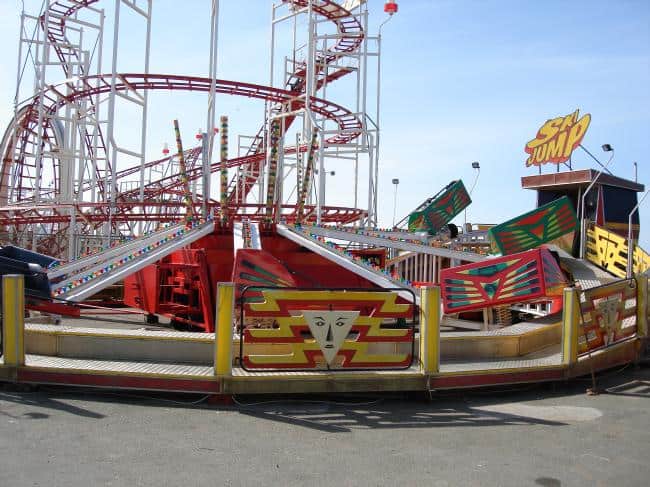 Im not sure if this was open or not, I didnt see any ops about. 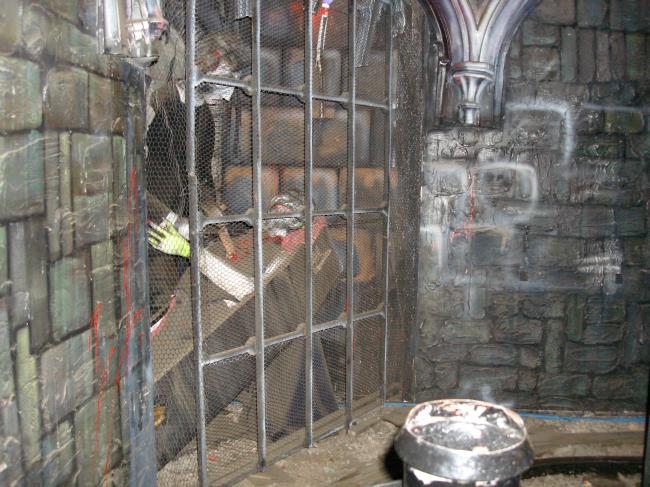 A very old ghost train, the ride had its frontage taken off when I visited last time. The frontage and signs are now back. 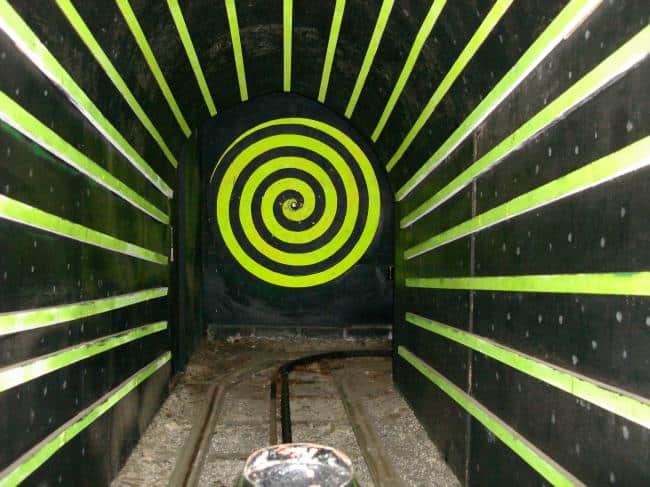 Its nice to see this was back and running well, they have introduced string and tennis balls this year to add to the scar factor. Its a classic, as a fan of dark rides its great 😉 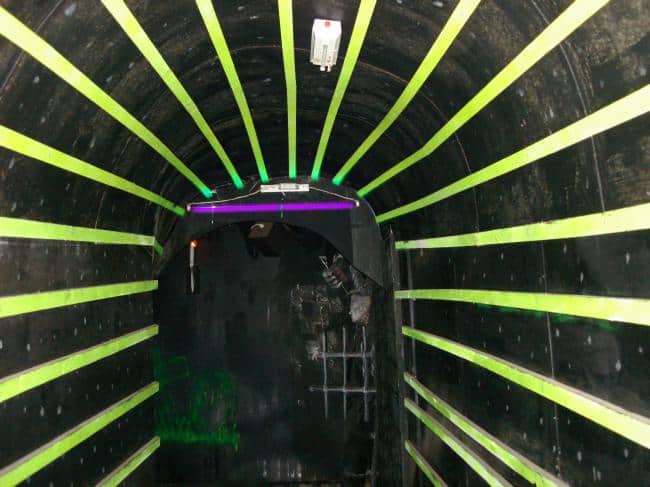 Open in the same location as last season, for an old ride it looks fantastic. 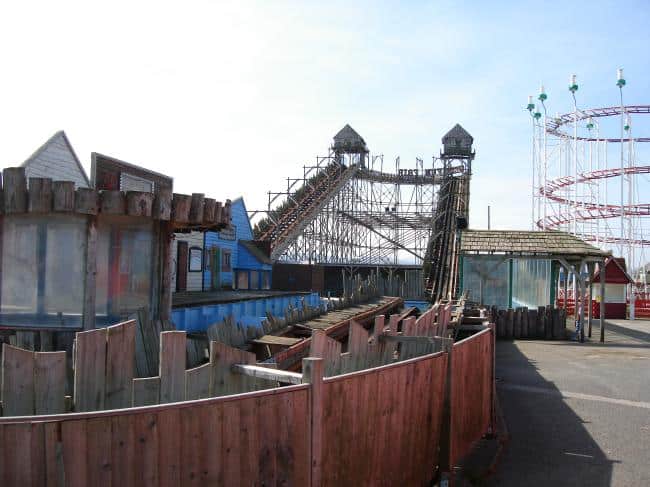 This wasnt open today, I dont know if they have plans for opening or not, im sure it will open at some point nothing seems to have changed since last season with this ride. I recently wrote an article on the chute if you want to see it close up. Rhyls Water Chute I know the words “closed for the final time” need to be removed. 😉

Now im not a wimp but this thing made me feel sick, ive ridden hundreds of these in the past but I have never experienced the amount of G I got on this today, I could feel my face getting stretched. Even worse my 6yr old next to me was laughing away, perhaps at 37 im too old. 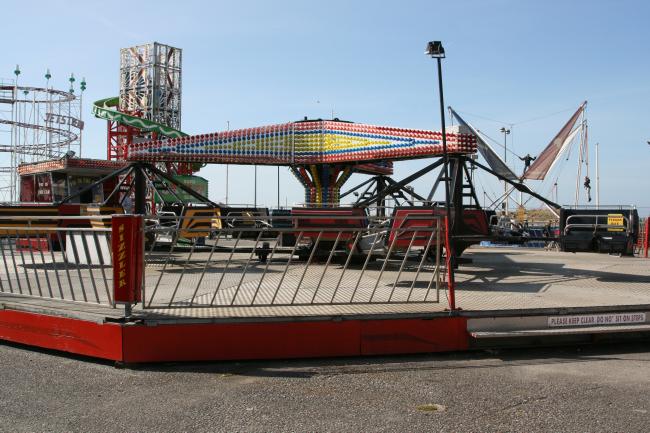 If anyone else rides it please give me some feedback.

Juvenille rides and general views of the park. 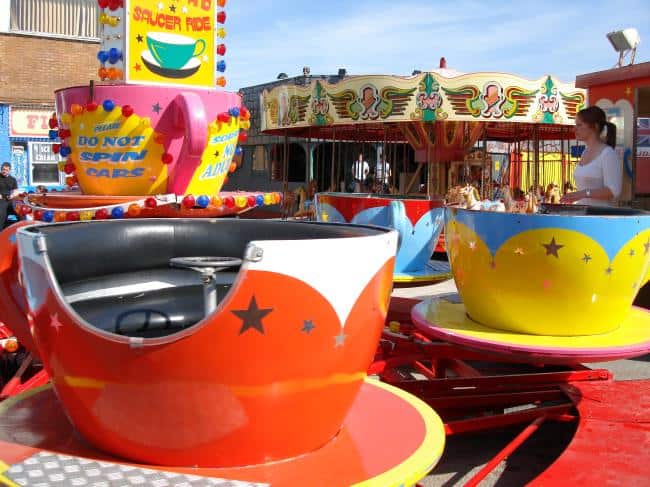 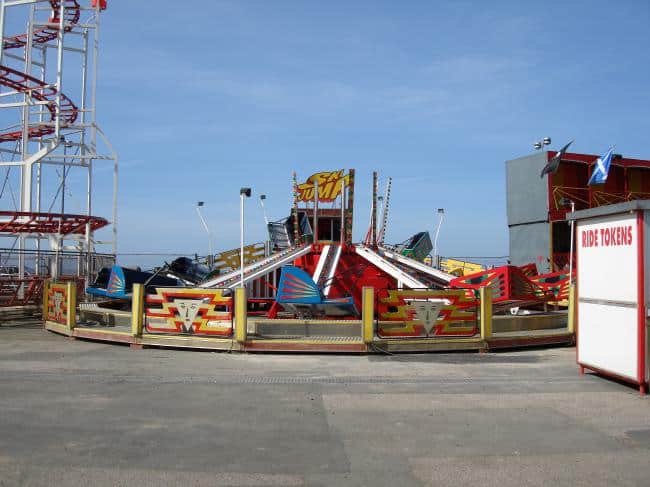 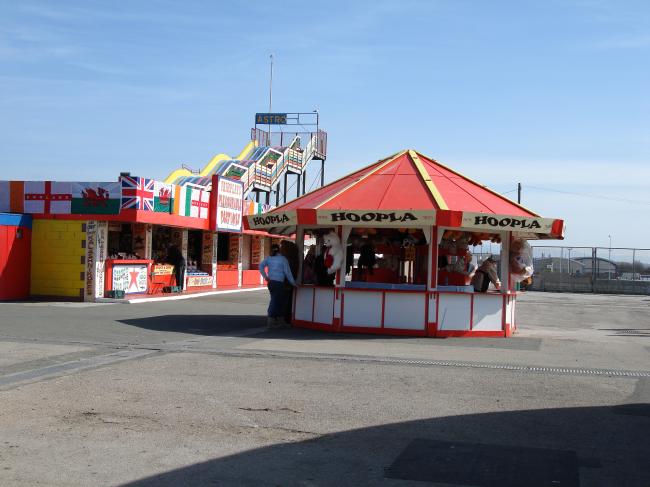 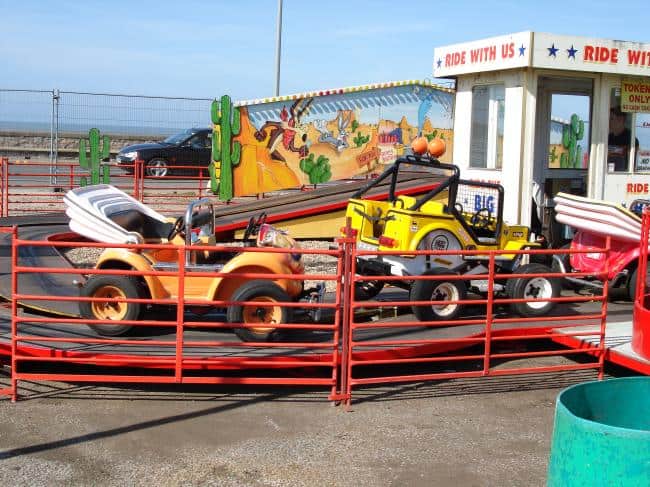 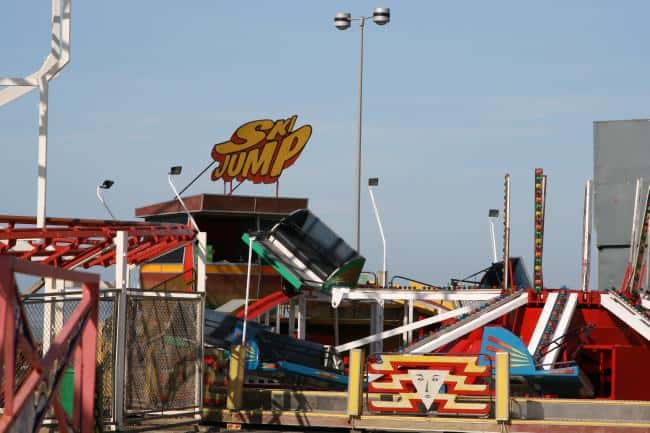 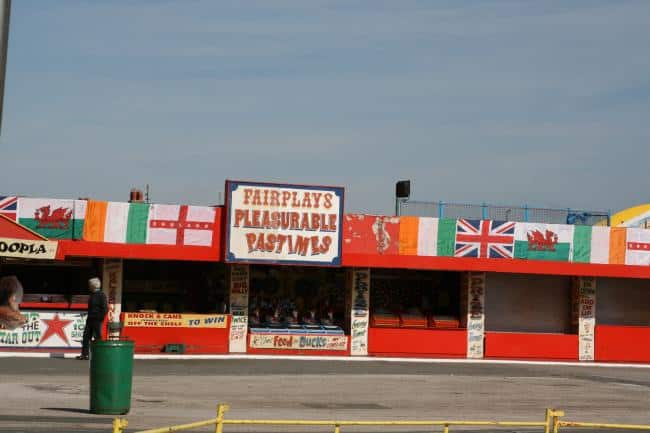 In all we had a good day in Rhyl today, had a nice meal in the centre of town and spent £20 on rides. The atmosphere in the fair was pretty good and I think most people would come away feeling they had a good time. On the downside the fair is looking a bit rough the amount of open space doesnt help. Perhaps they could invite Carol Smiley around for a make over.