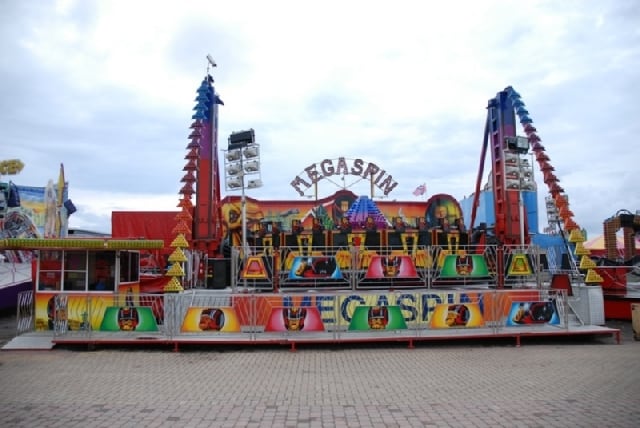 Well its finally reopended. New Pleasureland a venture led by Norman Wallis from Dreamstorm opened last weekend. The 25 acre site was given back to the council in the last couple of months and Dreamstorm have managed to get a lease on this for 18months until the end of the 2008 season.

Here’s a look at whats on offer, thanks to Dave (wigandave) from the Blackpool Pleasure Beach Guide forum for the use of his photographs. Id like to add these photographs were taken when the park was closed and with permission from the park management. 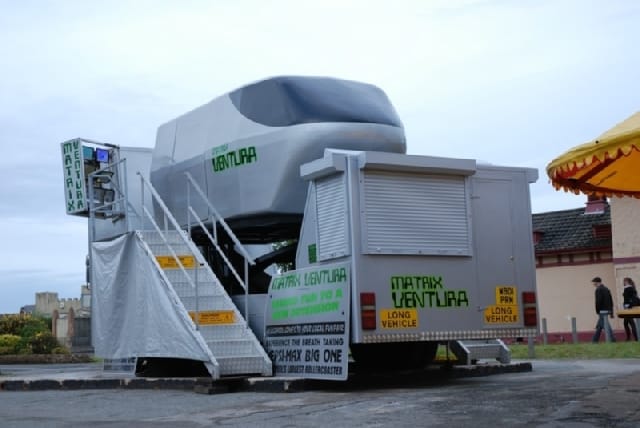 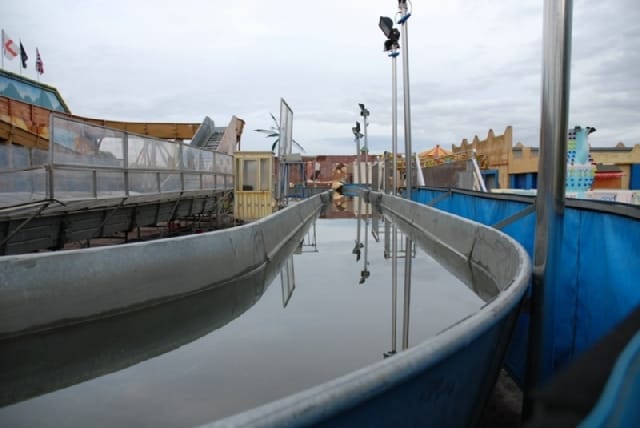 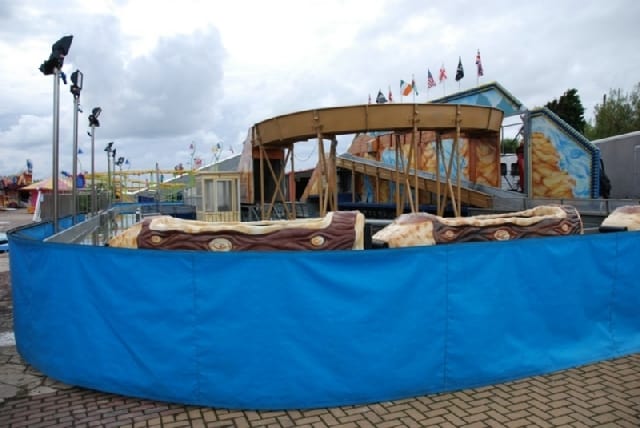 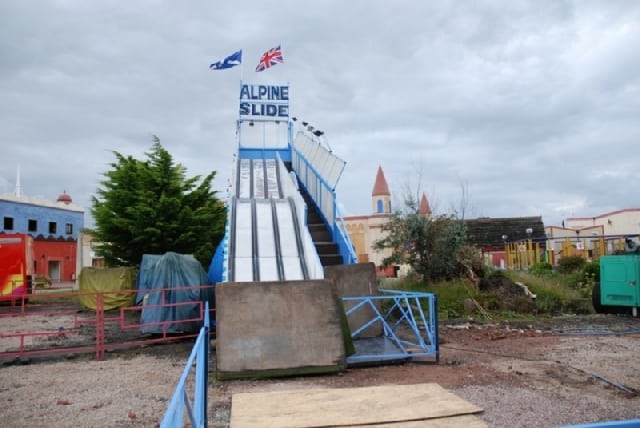 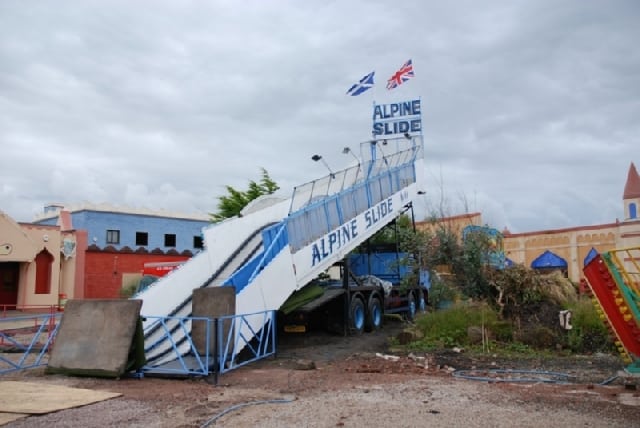 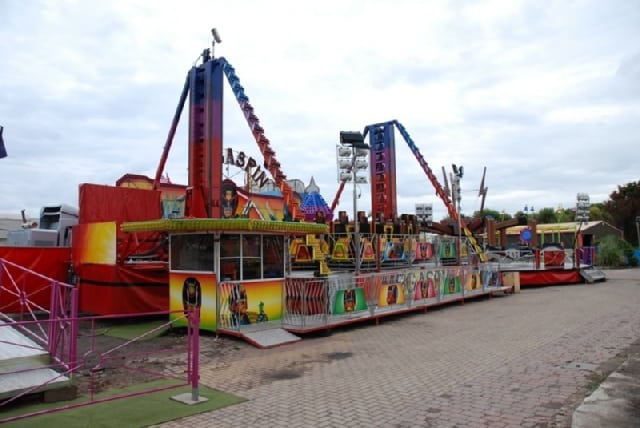 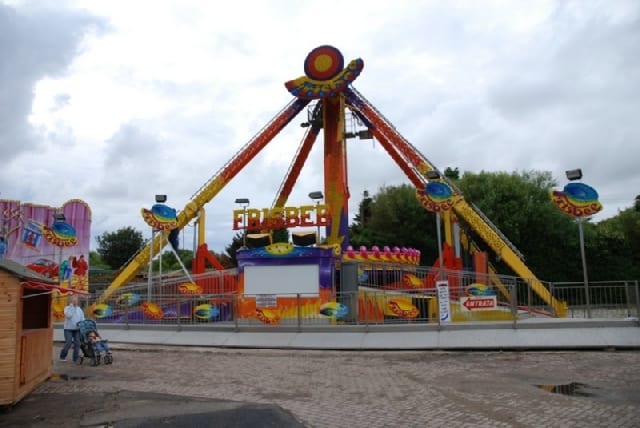 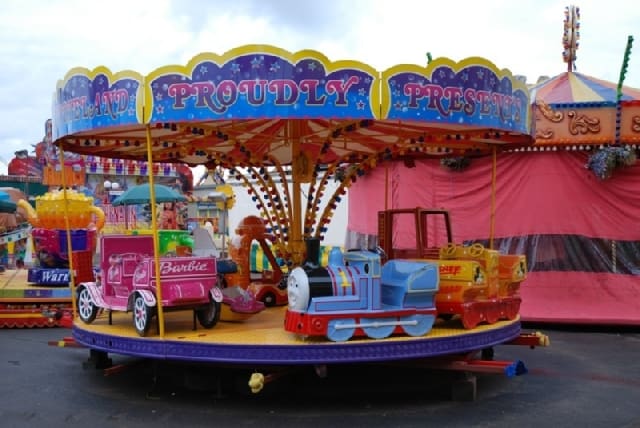 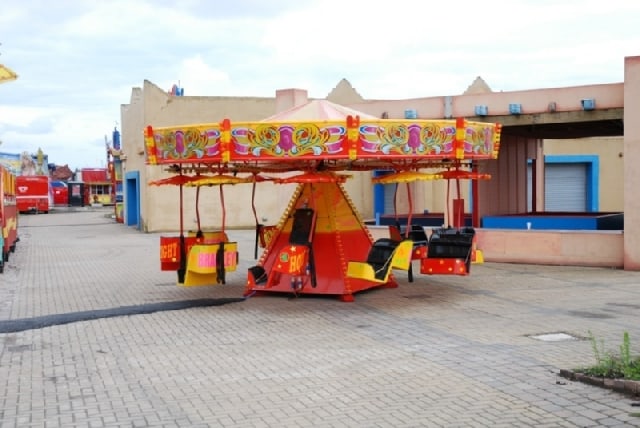 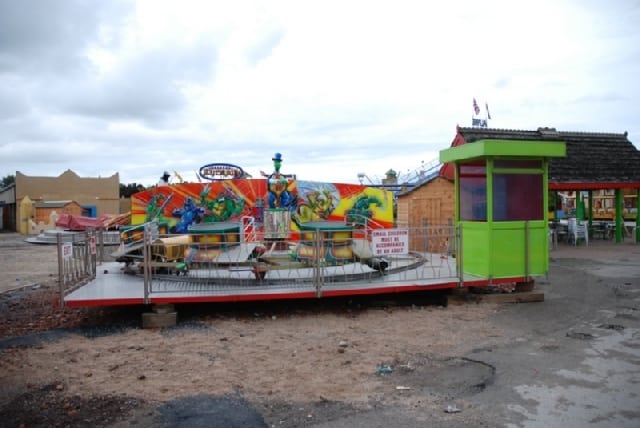 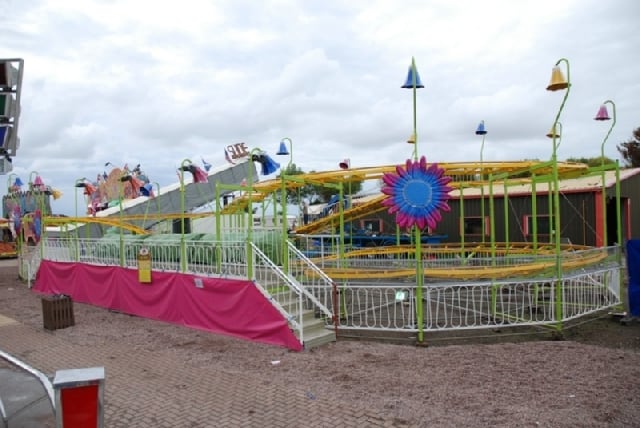 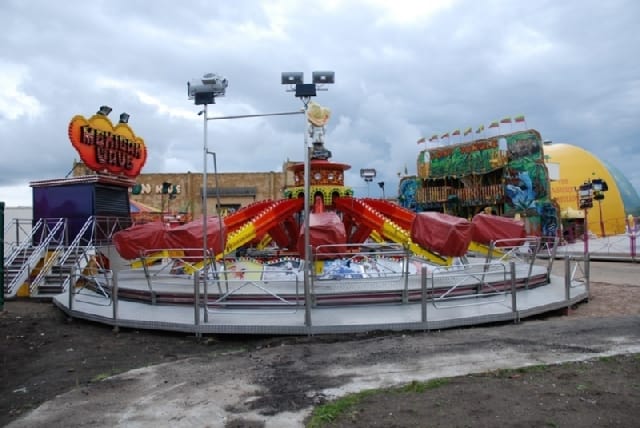 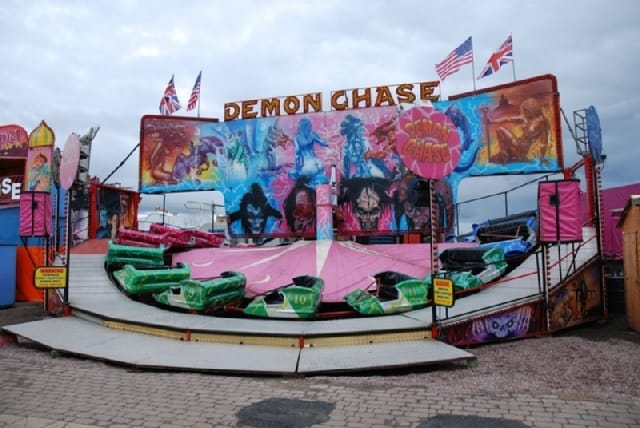 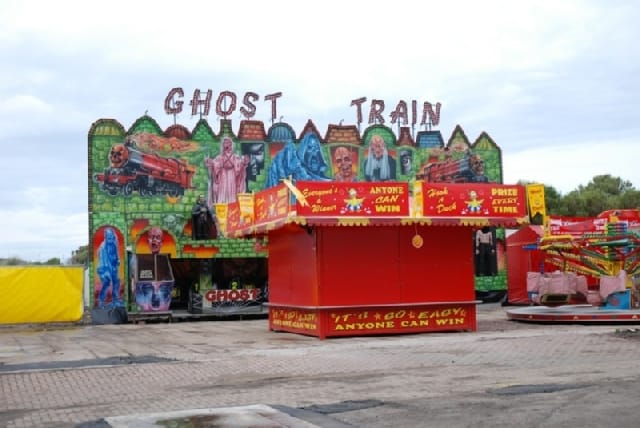 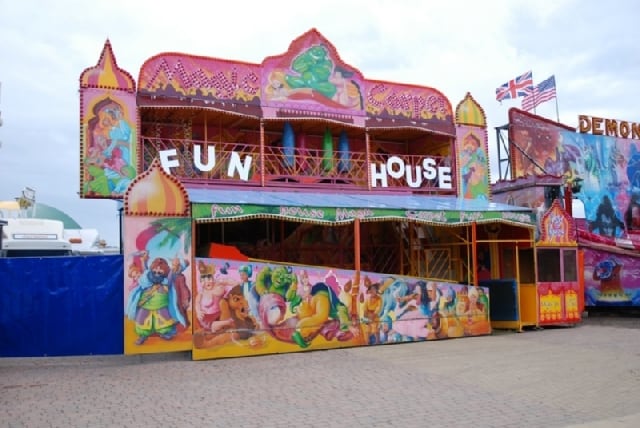 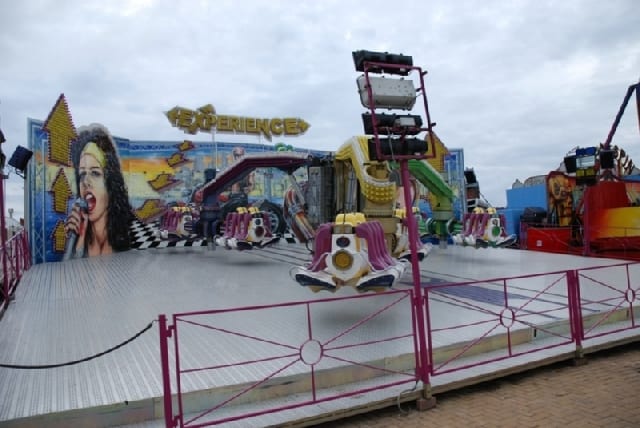 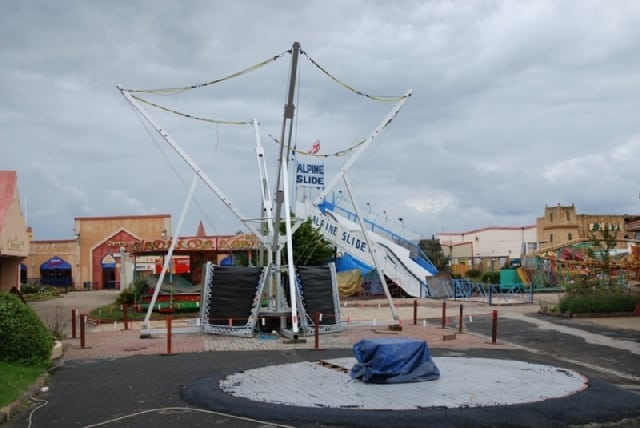 Some general views of the park. 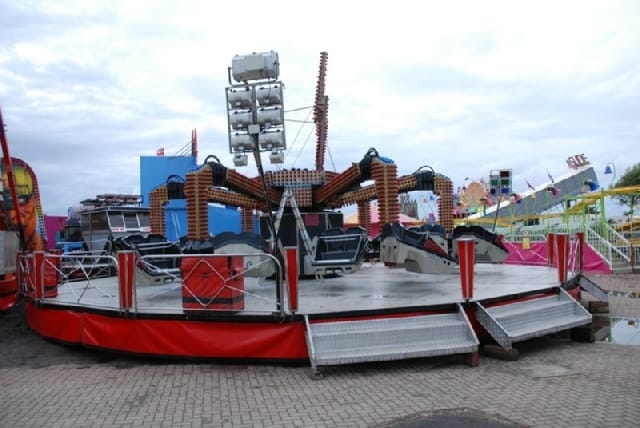 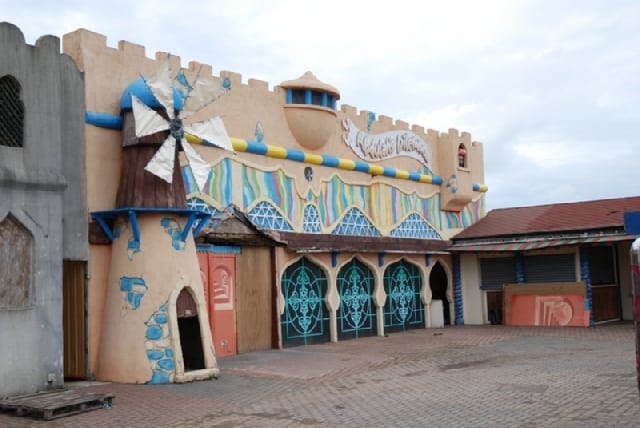 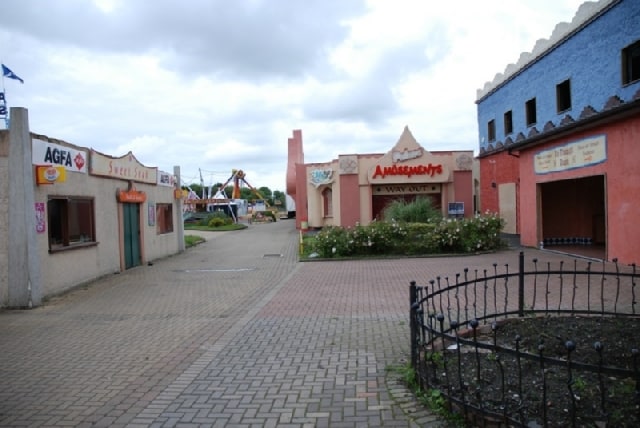 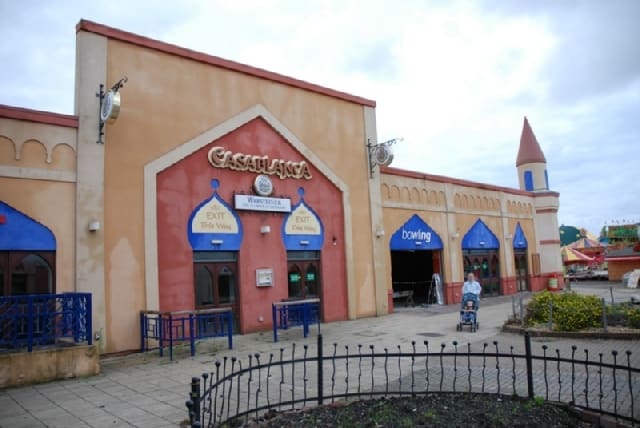 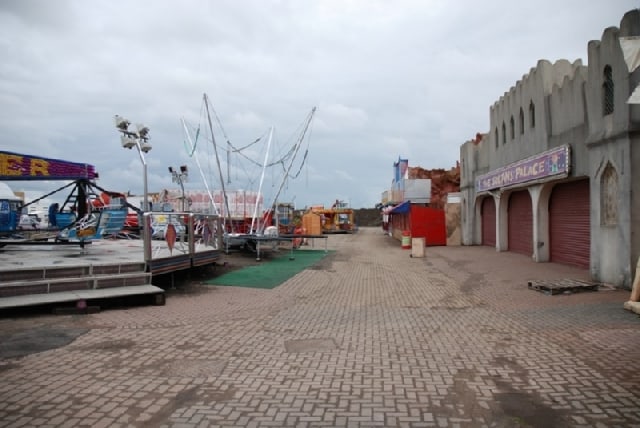 That was the firm message of Dreamstorm boss Norman Wallis as he gave the Southport Visiter an exclusive pre-opening tour of the funfair this week.

The company has already installed around 20 major rides and attractions on the old Pleasureland site – and Mr Wallis assured thrillseekers they will be able to enjoy them this weekend.

He said: “We’ve been working very hard to make this happen for Southport and we just hope people will support us.

“People around the country have heard Pleasureland has closed – now we need them to know New Pleasureland is opening.”

In return for that support, he promises visitors a fairground that will be better than the old Pleasureland, with “more rides than ever before”.

For those craving an adrenalin rush there are a host of all-spinning, shaking and swinging rides, including the Mexican Wave, Megaspin, Orbiter and Miami Surfer.

One of the highlights is set to be the Frisbee, in which passengers are strapped into a rotating carriage that also swings in a pendulum motion – making for a truly dizzying experience.

“We’ve got two funhouses – the old one everyone remembers from their youth is being restored,” said Mr Wallis.

New Pleasureland will be “a great day out for all the family”, said Mr Wallis, with a host of younger children’s rides.

Admission to the new fair will be free, unlike Pleasureland before its closure, and Mr Wallis promised the prices charged for rides will make for a “cost effective” day out. For an official opening at a later date, the Dreamstorm boss wants the Mayor of Sefton to cut the ribbon to the fair.

‘We hope to be here for a long time to come’

Norman Wallis told the Visiter: “We hope to have some kind of attraction in Southport for a very, very long time to come.”

But he refused to disclose the length of its lease with Sefton Council, who earlier this year bought back the Pleasureland site, on grounds of commercial sensitivity.

He also said: “There are people who do not want us here, but I’m not prepared to say who.”

Mr Wallis outlined a number of obstacles he had faced in readying New Pleasureland, including a series of vandal attacks.

Last Saturday’s suspected arson attack on several buildings was the worst of three deliberate fires started “in the last few weeks”, he said.

Pleasureland artefacts, including signs and parts of the old ghost train – which were earmarked for charitable auction – had been destroyed in the flames.

Four Polish staff also had to vacate their nearby accommodation because of smoke damage and were earlier this week camping outside.

But the mood among workers interviewed by the Visiter seemed upbeat.

Among them are former Pleasureland employees such as John Ball, of Manning Road, who operated and maintained rides for three years before the fair’s closure last September.

The 55-year-old said: “I think it’s better than Pleasureland, there’s better rides coming in and a lot more entertainment for the kids.”

Decades of experience in leisure.

NORMAN Wallis is relying on decades of UK and international leisure industry experience in his bid to make New Pleasureland a success.

The 42-year-old’s company, Dreamstorm, has only been in operation about three years but the Wallis family has been providing fair entertainment for seven generations.

Schooled in Cheshire, Mr Wallis now lives near Tarleton and has spent his working life in the leisure attraction industry.

His time as marketing manager for Blackpool Tower saw it win a ‘visitor attraction of the year’ accolade.

But his CV isn’t limited to these shores. When in 1997 the strongman ruler of the Central Asian republic of Kazakhstan, Nursultan Nazarbayev, decided to move his country’s capital city, Mr Wallis was involved in the new leisure developments in Akmola.

“We built a massive aquarium and other attractions there,” he said.

After working well over 12 hours a day on New Pleasureland, Mr Wallis will no doubt look forward to the chance to spend more time with his family. “My wife and children haven’t seen me for weeks,” he said.

Thanks again to Dave (wigandave) from the Blackpool Pleasure Beach Guide forum for the use of the photographs.

I haven’t visited the site myself yet, but plan to over the next few weeks. Good luck to Mr Wallis with his venture.