l would like to thank a freind of mine Gordon Clinton-Lindop for allowing me to use these photographs of American adventure.

They were taken during the 1990 season and I know from comments to the site and emails its a park allot of people have missed.

I only got to visit the park once during its operation and that was the year before it closed.

The Vekoma boomerang coaster featured on the left  hand side was once classed as Britains best coaster after it opened in 1989.

For anyone that have never been to American Adventure theme park, it was built on the site of an old open cast coal mine and centered around a huge lake in the middle of the park. Some people believe the demise of the park came in 2005 when they re-themed the park as a family park and got rid of the white knuckle rides  including the Vekoma Boomerang coaster they named “the missile’. 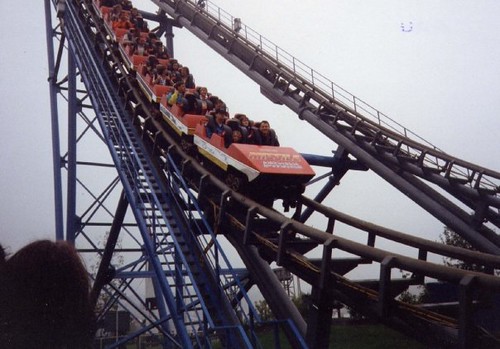 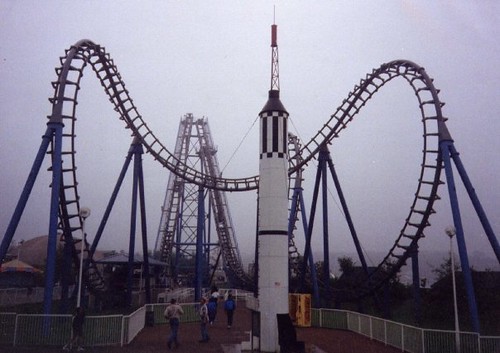 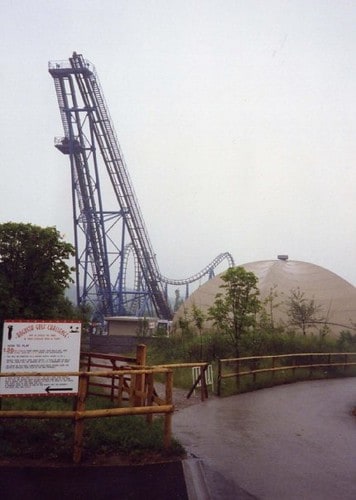 Bottom of the first hill, beginning the slow pull back. 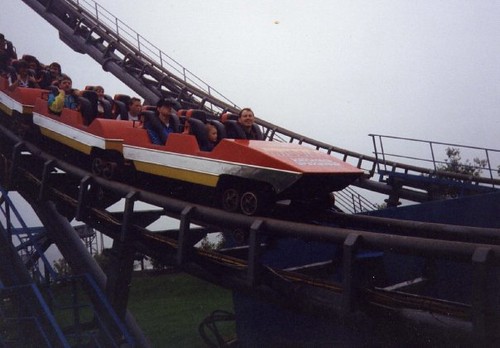 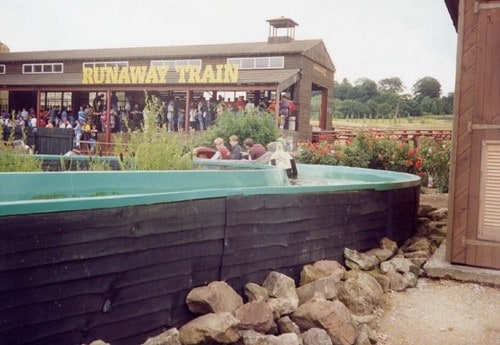 I’m guessing this photograph was taken from the wheel. In the distance the log ride and balloons (far left) 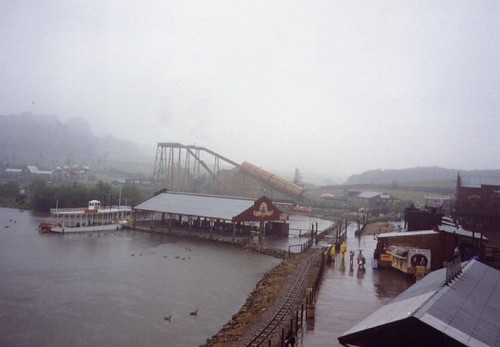 A view across the huge lake.

Thanks again to Gordon Clinton-Lindop for the use of the photographs.