One of Alton Towers latest attractions as well as the Dung Heap kids area is Haunted Hollow, an in house project costing the park 250k. The Interactive walk through is using an existing short cut from Gloomy wood (opposite Duel) to Merrie England (near the boats). When I last visited the park during adrenalin week the attraction wasnt completed. During normal park operations this attraction isnt scary and even my youngest 5yr old found it quite fun. It should be fantastic if they use this area for the parks Halloween event later in the year from October 13th – November 4th. When the attraction first opened some of the gravestones were attacked by mindless vandels, Its nice to see Alton Towers has fixed these up again.

Theres 2 entrance to this attraction as explained above the first been Gloomy wood. Ill start the walk through from this side to end up over in Merrie England. It’s great if youre a lazy sod like me too as it saves walking up the hill towards the rapids to get back round to Merrie England. 😉

One of the first statues to great you. 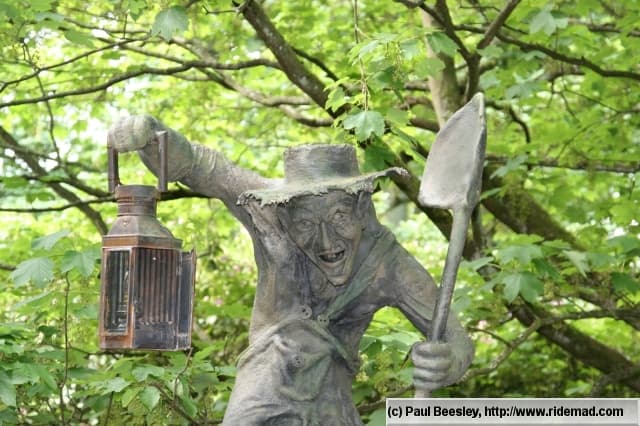 This one reminds me of school dinners. 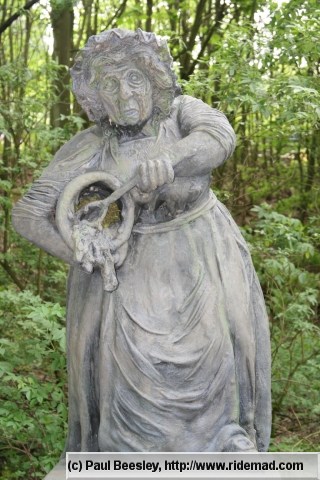 I think this one is a butler. 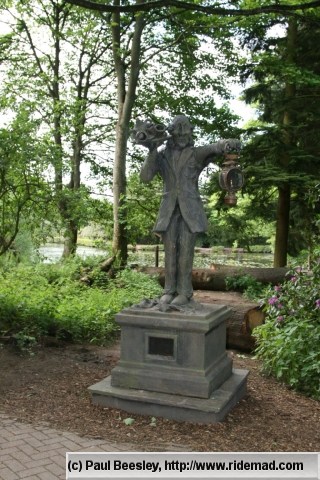 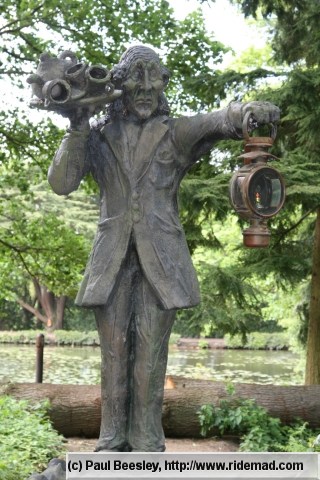 It looks like a feather duster, but I dont think it is.

The bust in the center. 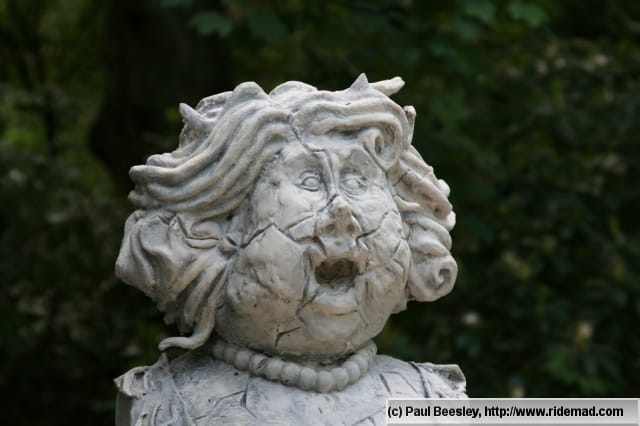 On the left hand side of the bust. 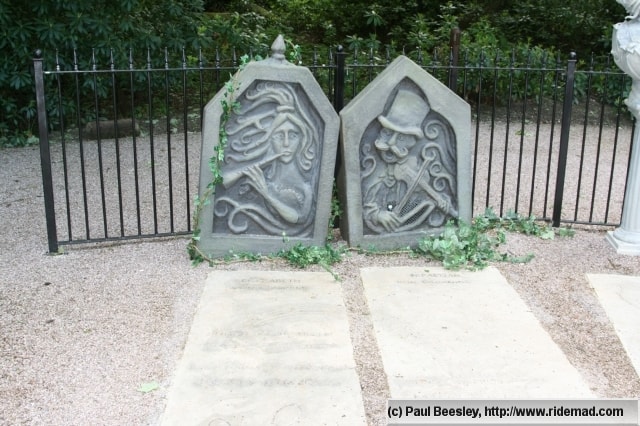 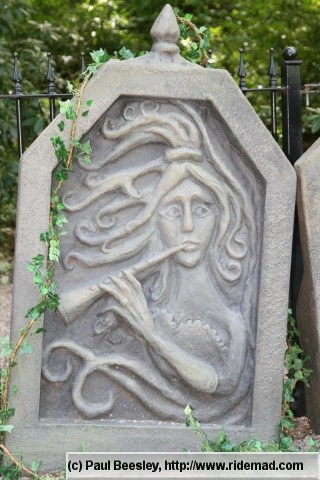 On the right hand side of the bust.

Ok carry on past the lake to the next part of the walk through.

It would be great to hide in this.

Im not sure what this is supposed to be, for now ill call it the mirror building. 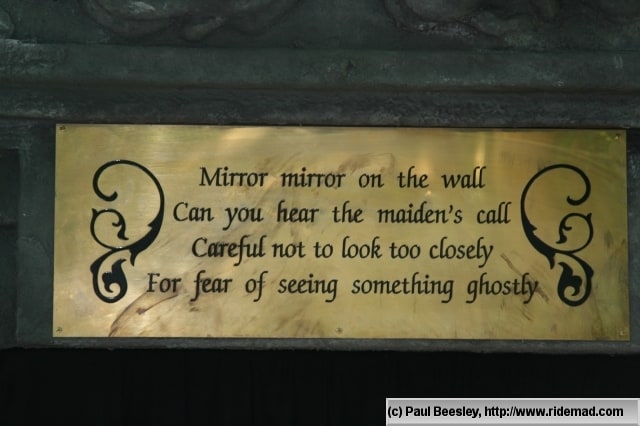 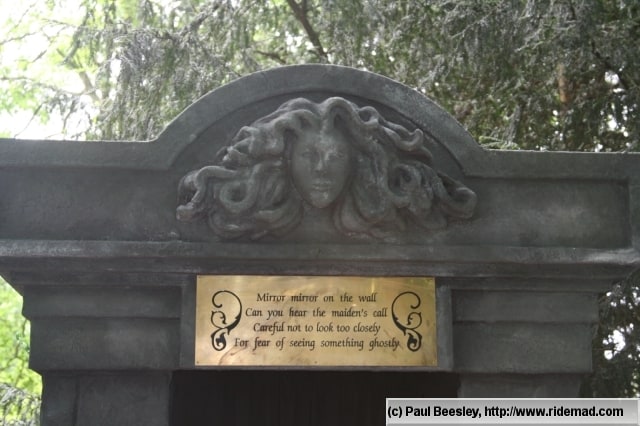 I wont spoil the rest of this, see for yourself. Ok lets carry on along the leafy pathway. 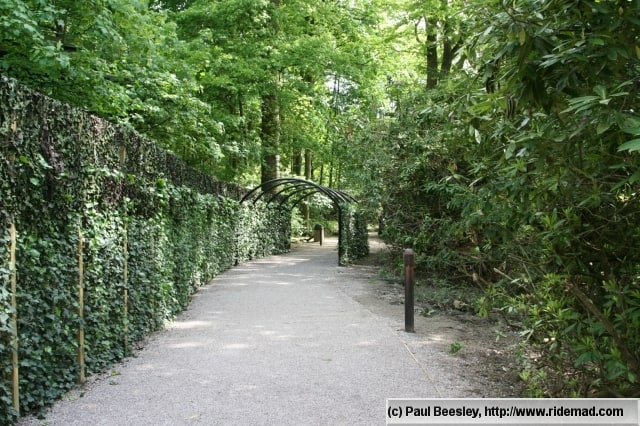 Some more gravestones, these ones talk to each other 😉 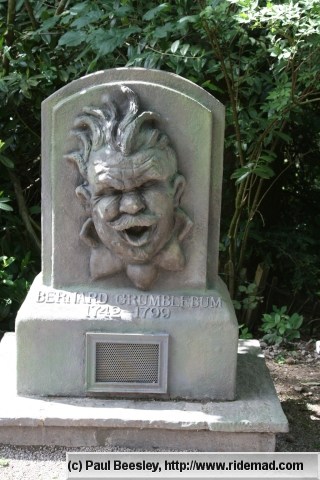 Further along towards some scary looking doors. 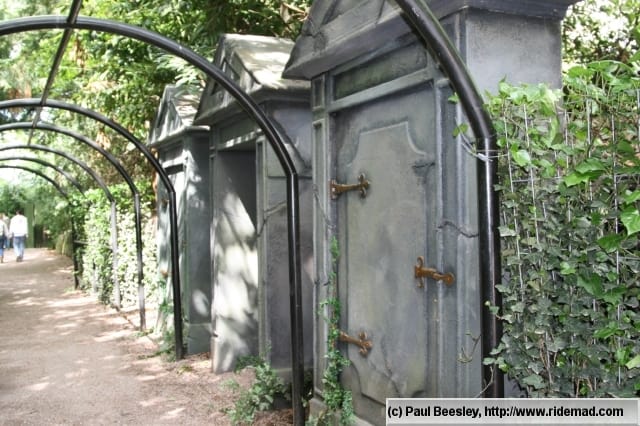 Next is the tomb ‘look if you dare’ is the warning. 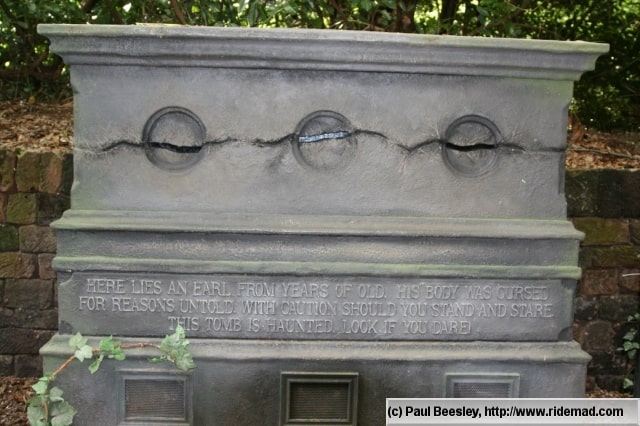 Walk a bit further and your at Merrie England, this concludes the walkthough. 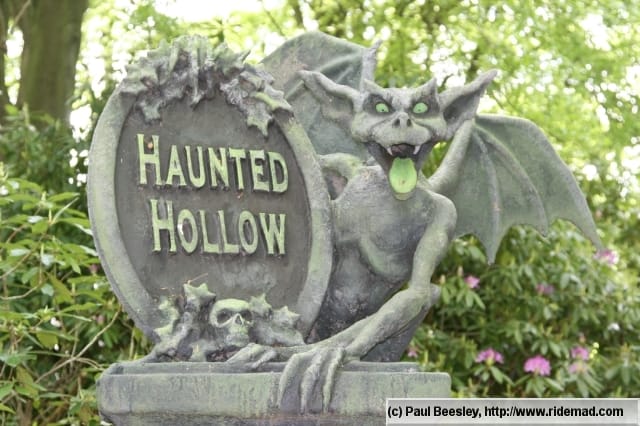 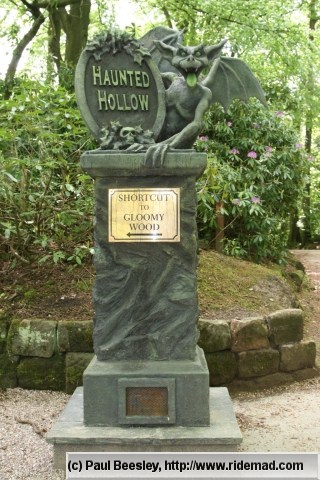 The majority of the gravestones talk and theres a bit of interaction but I wont spoil this for anyone.

My Verdict ‘if that counts for anything’

Its worth walking through this just to see what they have done, younger children wont be spooked so dont let that put you off. The area toward the rapids, mine train and log flume does get congested so its an ideal way to open up such a short cut, and great if like me your lazy.