Having followed some web discussion about this event recently I thought it would be worth taking a day out of the office and giving the kids something to do for half term.

If travelling by car you are directed to the VIP parking area (no charge), walk straight through the entrance where you are given a leaflet describing whats open and how much the various attractions cost.

These range from 1 token for the smaller rides to 3 tokens to Oblivion (tokens are £1 each), you can buy the tokens at guest relations and the shop on the left of towers street. We bought £30 worth for 2 adults and 2 kids.

Ok so what is the steam fair.

This is a travelling steam fair owned and operated by Carter’s of Berkshire. For seven months of the year the fair travels throughout London and the south east, the rest of the year is spent maintaining the rides. Just by looking at the rides you can see the affection thats go into preserving these rides. Even the lorrys transporting the fair have been preserved.

What’s on offer an Alton Towers. 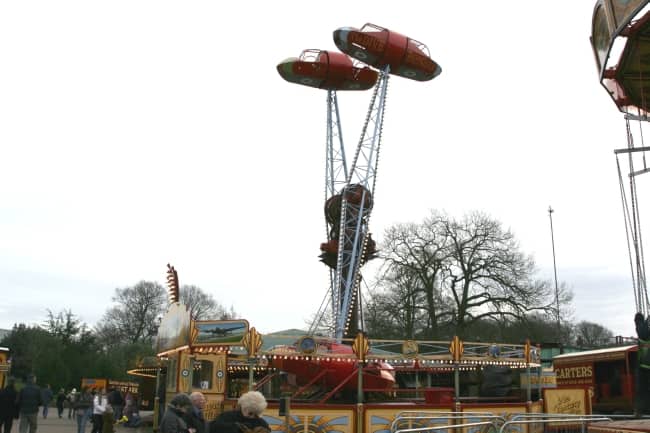 This is one ride where you definately need the restraints, theres no holding arms up in the air on this one, you try it and you come out of your seat. 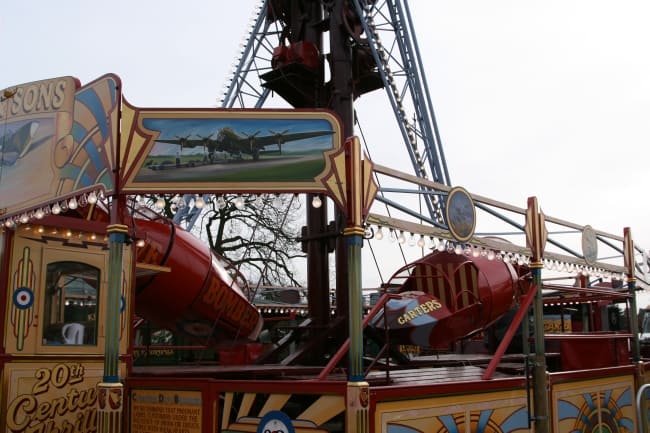 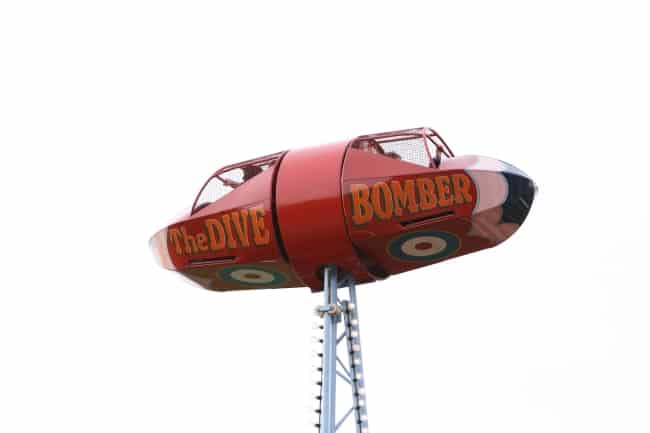 Gallopers. believed to have been built around 1895. 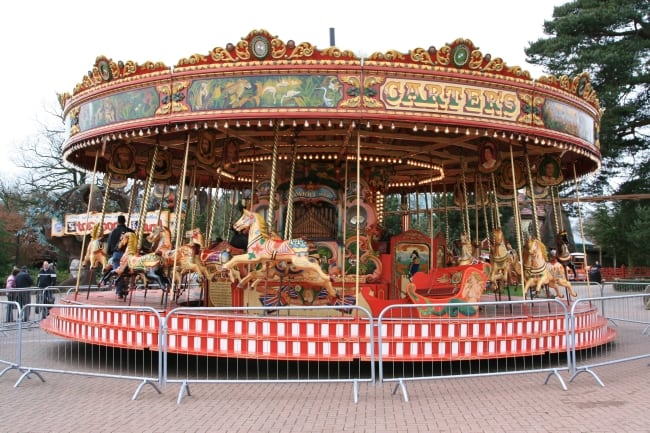 A fantastic example. It also boasts a fantastic steam powered organ, which originated in Paris. 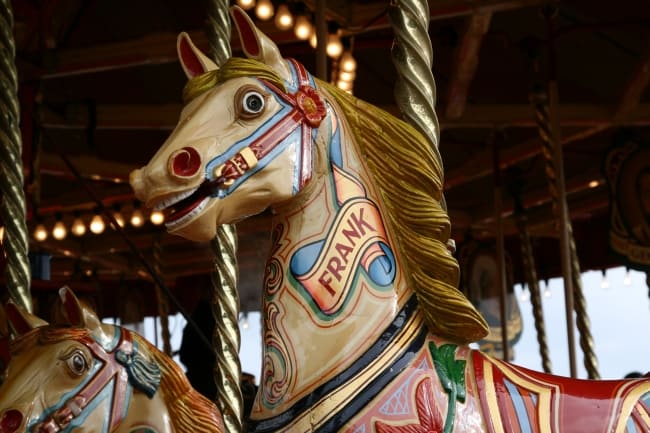 in this shot you can just about see the steam engine in the background. 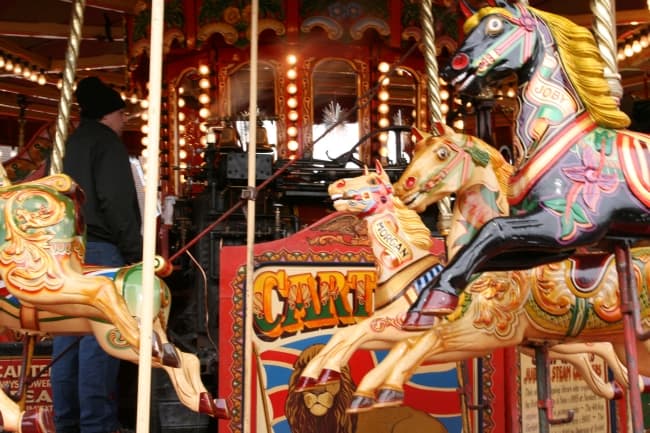 the detail on this ride is stunning. 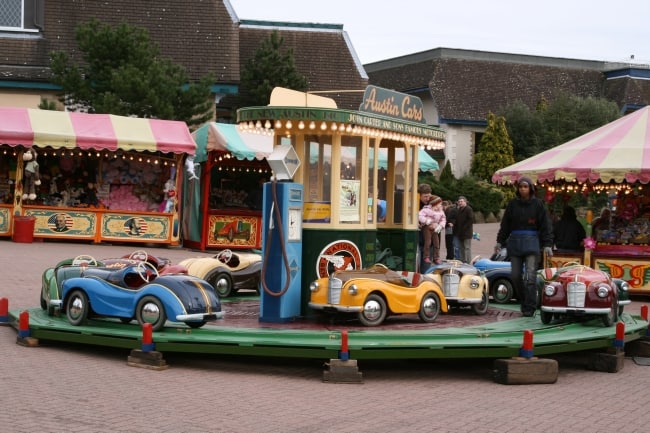 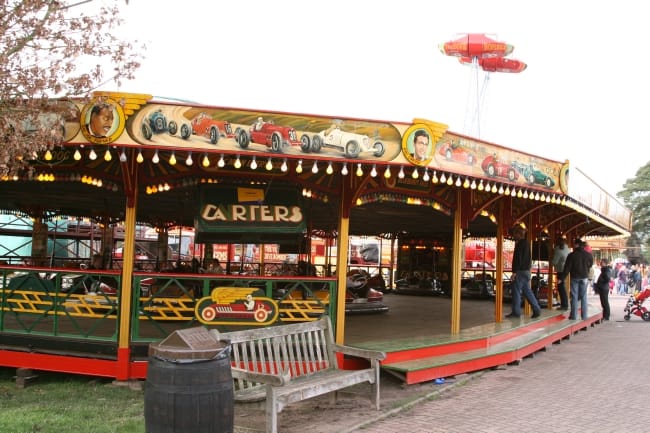 Vintage Arcade, The arcade is a collection of old fruit machines, one arm bandits and skill games, they all operate on old pennies which you can get from the arcade operator. Sorry my camera ISO settings are all over the place here, before I noticed it was too late. Honest 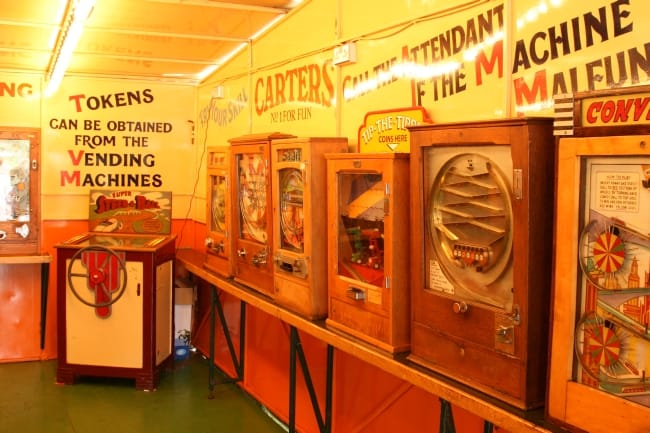 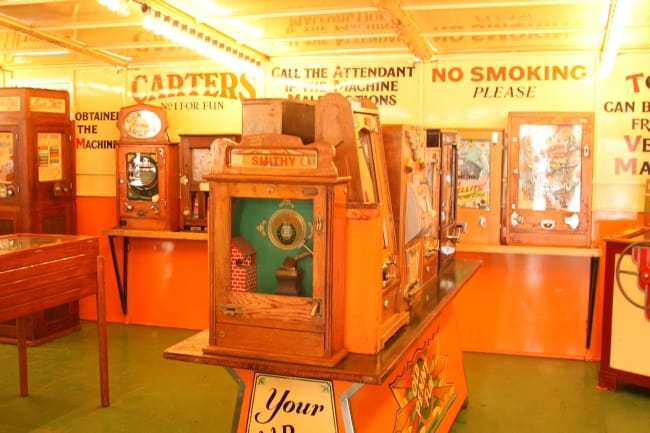 one for the lorry anoraks 😉 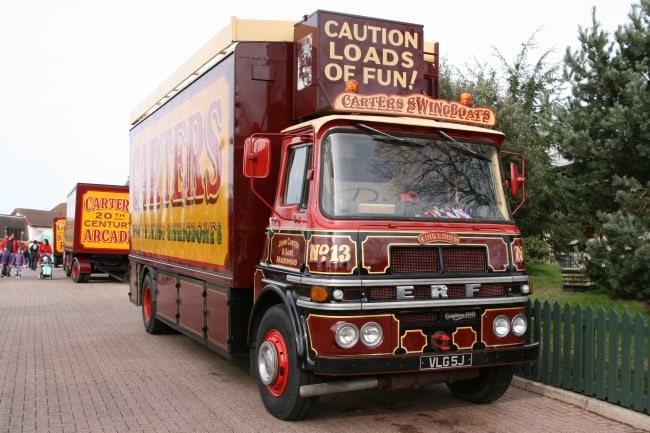 As well as all the rides above the steam fair also has some side stalls.

What else is going on.

How often do we see this.

RANT
If your staying at the hotel then your issued with a wristband which covers you for as many goes as you want on the Alton attractions. So what do season pass holders get – remember the glossy brochures advertising the season pass, ride as long as you like, blah blah blah. sorry not allowed today – cheers Tussauds that was another £50 you extracted from me today. What is it with big companies and little people, surely as a loyal frequent visitor to the park and other attractions a couple of free goes on Oblivion isnt much to ask.

The farm area is open for the kids as is the squirrel ride, again hardly any queues on the farm.

Corner coffee is open for Sausage and bacon baps, pasties, sandwiches and muffins etc. If you want something more substantial then the courtyard tavern is open, i dont know what was on offer. I didnt see any mobile catering units either which im sure would have gone down well with the rest of the crowds.

Overall.
Well its half term and the kids get bored, the fair isnt big but it kept my 2 occupied for a couple of hours, it was nice to ride Obvlivion after the couple of months break. Although I dont think ill be going to a similar event next year. Roll on March 17th.