I was fortunate enough to attend a club pleasure beach event in May which included a behind the scenes tour of a number of attractions including Infusion and Space Invader 2.

Space Invader 2 was originally called space invader when it arrived at the park in 1984, after been refurbished by Kumbak coasters in 2004 it reopened as Space Invader 2.

Anyone that remembers the original Space invader will remember the very uncomfortable and often bumpy ride.

I have memories of the old space invader been a very bumpy ride with some extreme brakes in the dark. As part of this tour we were left to look around the attraction with senior management for about 30 minutes.

It was ideal for most of the group and we just walked around taking photographs and looking at some of the very odd looking space theming most of which you miss whizzing past at 30-40mph.

Some of these spacemen inside the ride are hardly seen when you go past in the cars, they look tacky and believe me they are but that just adds to the attraction in my opinion. I don’t think any of us ride space invader 2 for the fantastic effects. 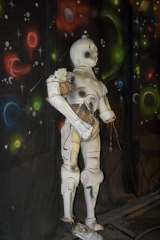 Some more of the props.

Hanging in the middle of the attraction is a satellite.

This is one odd looking alien.

and a close up of its face. 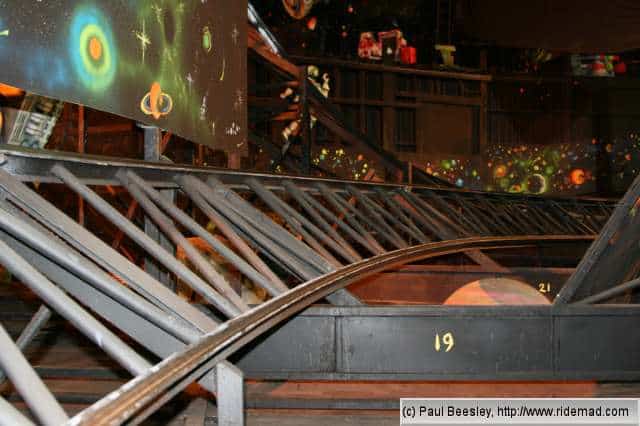 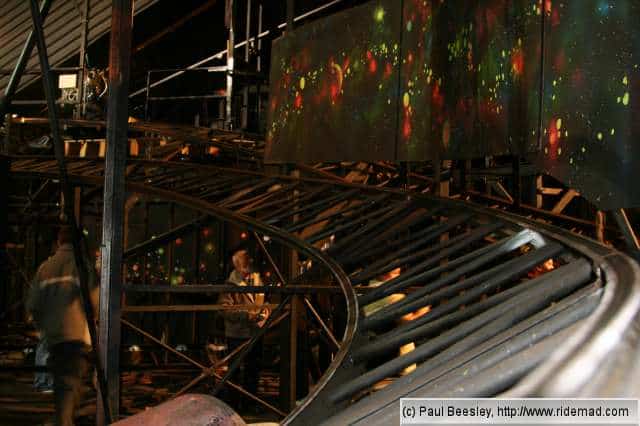 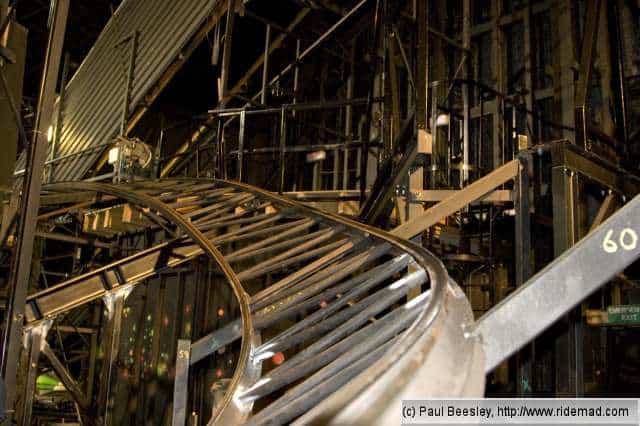 This is a pretty good effect when your on the ride in the dark.

One of the trains, Pleasure beach staff compared the cost to a Porsche boxster..gulp!!!

Finally the run back into the station. Brakes in the center of the track.